RAW VIDEO: Watch as 8-foot alligator gets taken away in Humble

Check it out! An 'unexpected visitor' caused quite the commotion in an Humble neighborhood on Monday afternoon. Watch as the alligator fights with an expert who is trying to remove the alligator.

HUMBLE, Texas - An ‘unwanted guest’ in a Humble neighborhood left some homeowners on edge on Monday afternoon. 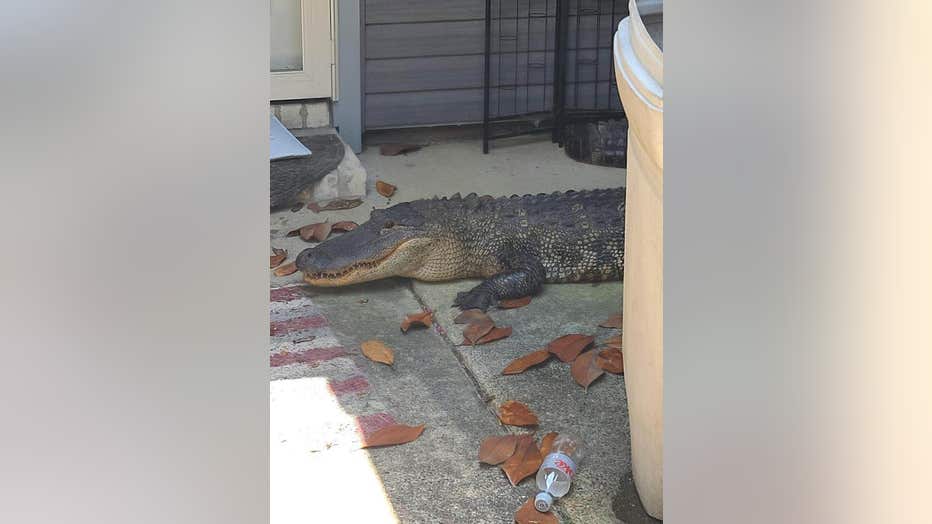 According to the Harris County Constable Precinct 4 office, an eight-foot alligator was found on the 19700 block of Bolton Bridge Lane.

One photo taken by authorities showed the alligator was tied up with blue duct tape and bungee cords. 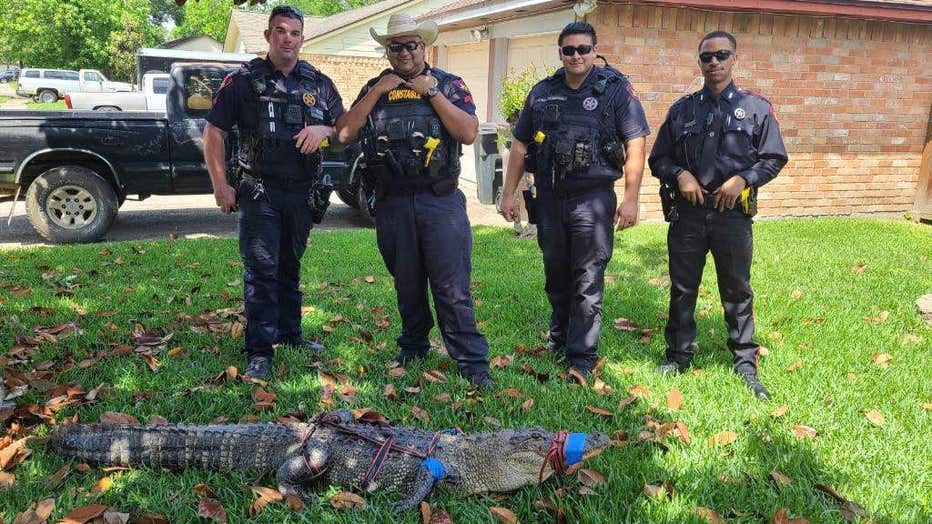 Authorities said Texas Parks and Wildlife were called to the area and they will relocate the alligator to his natural habitat.

RAW Interview: Homeowner describes what happened after they found an 8-foot alligator in their doorway

Jody White spoke with FOX 26 after an 8-foot alligator was found inside their doorway on Monday afternoon.

We're told one person was taken to the hospital after being struck by the gator's tail.

No other details were provided.