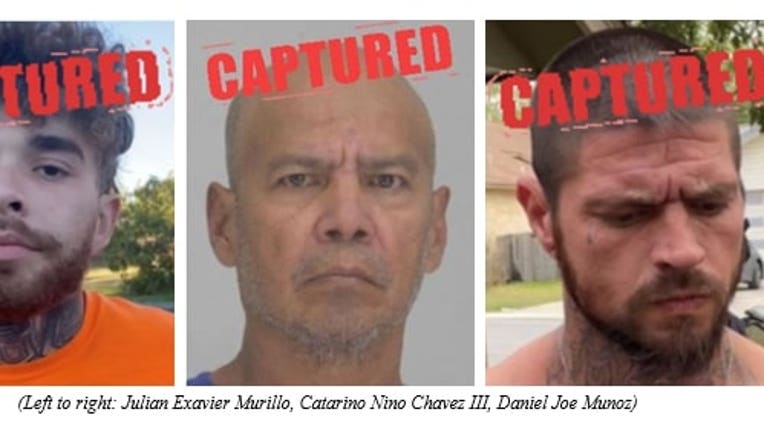 Texas - Three of Texas's 10 Most Wanted are back in custody after all being arrested within days of each other last week.

The Texas Department of Public Safety announced three offenders on the Top 10 list were recently arrested. One was located in California on Nov. 15, while two others were found in Texas in two different cities on Nov. 17.

23-year-old fugitive Julian Murillo from Refugio, a small town outside Corpus Christi, was arrested in California on Nov. 15. Reports say he had been wanted since December 2021. The Victoria County Sheriff’s Office issued warrants for his arrest for murder, aggravated robbery, evading arrest and detention, and failure to identify after his alleged involvement in the death of a 19-year-old man back in September 2021.

Back in 1998, reports say Chavez was convicted of attempted aggravated sexual assault of a child. He was sentenced to five years of confinement. In 2005, he was also convicted of two counts of aggravated sexual assault of a child and two counts of indecency with a child following incidents involving a 13-year-old and 14-year-old girl.

Reports say he received 20 years of confinement for each charge and was released on parole in 2021.

Daniel Munoz, 40, was also arrested on Nov. 17, but in San Antonio officials say. He has been on the list since February 2022 after the Bexar County Sheriff's Office issued two warrants for his arrest after he failed to comply with sex offender registration requirements.

Reports say Munoz was convicted again in 2019 for failure to comply with sex offender registration requirements and was sentenced to three years of probation.