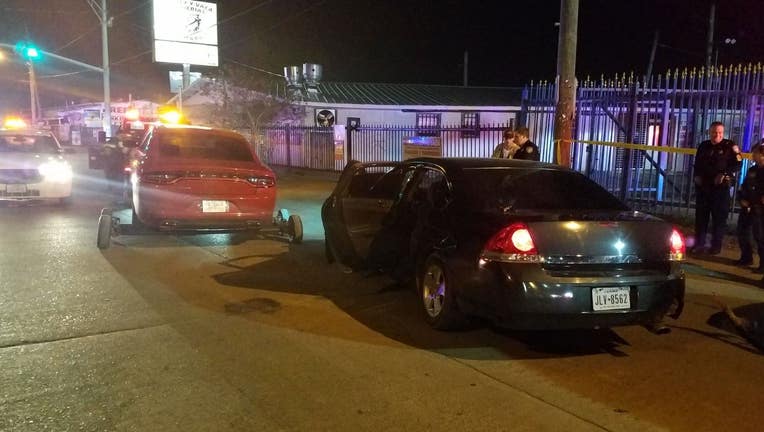 HOUSTON - Three people have been detained after reports of a drug deal that took a turn for the worst in north Houston, according to Harris County deputies.

Deputies say the incident happened in the 8700 block of Airline Drive.

A driver in a black car was reportedly chasing and shooting at a red car after a "drug deal gone bad." No one was injured during the incident.

Three people have been detained. The incident is still under investigation.