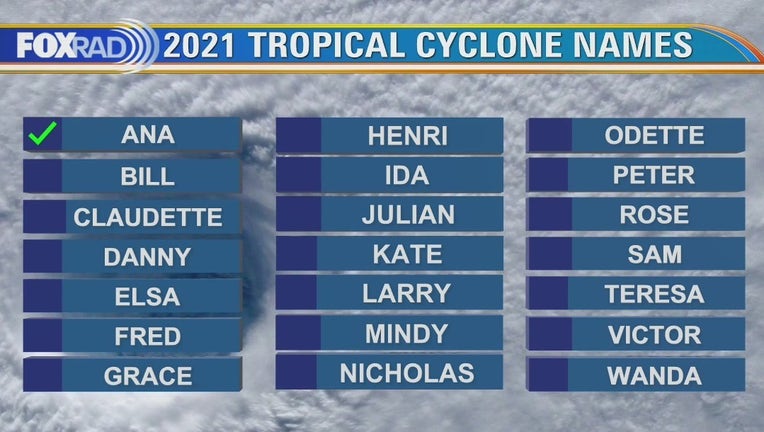 The Atlantic hurricane season runs from June 1 through November 30.

Although the season just began, one of this year’s storm names has already been used. Subtropical storm Ana formed in the Atlantic Ocean on May 22.

The next named storm will be Bill.

According to the National Hurricane Center, the long-term averages are 14 named storms, seven hurricanes and three major hurricanes.

The 2021 hurricane season will be another busy one, according to forecasters at the National Oceanic and Atmospheric Administration, but probably not quite as busy as last year’s record-shattering season.

Are you prepared for hurricane season? Click here to see a list of items you have prepared in case of a hurricane.

FOX 26 Chief Meteorologist Dr. Jim Siebert explains what items you should have to be prepared in case of a hurricane.