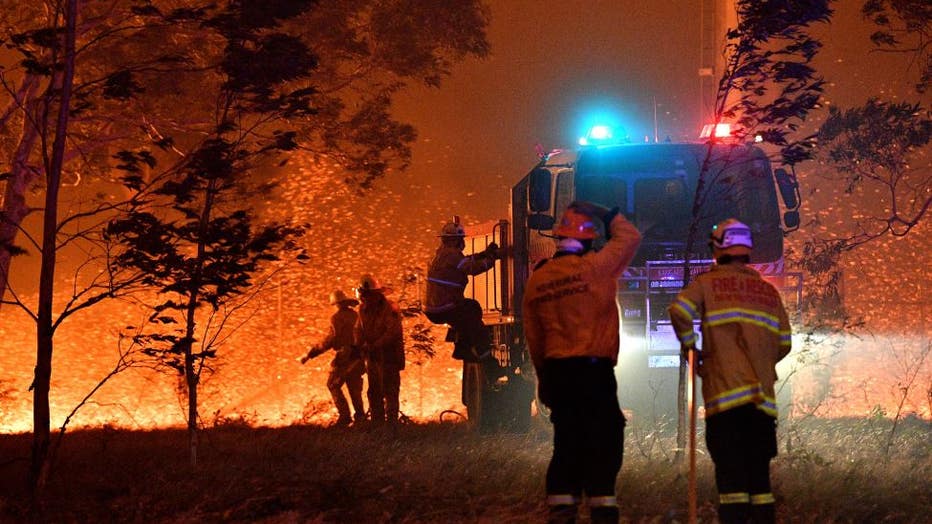 Firefighters hose down trees as they battle against bushfires around the town of Nowra in the Australian state of New South Wales on December 31, 2019. - Thousands of holidaymakers and locals were forced to flee to beaches in fire-ravaged southeast A

The firefighters were deployed on Jan. 6 to assist the Victoria Rural Fire Service, according to the USDA's Nathan Judy and Forest Service spokesman Andrew Mitchell.

"All of us on the forest, and I know their families are proud of the hard work our dedicated firefighters accomplished while in Australia," said Robert Garcia, Angeles Fire Chief. "We look forward to hearing and learning from their experiences while abroad."

The firefighters were reunited with loved ones at the Los Angeles Fire Department's Station 5 on Wednesday morning after flying into Los Angeles International Airport, Judy said.

Fires across southern Australia have claimed at least 33 human lives and millions of animals since September, destroyed more than 3,000 homes and razed more than 26.2 million acres.