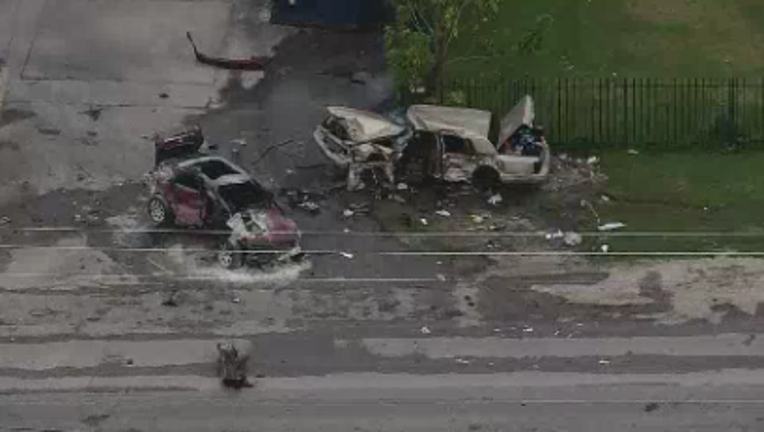 Two people are in critical condition after a fiery crash in north Harris County on Tuesday afternoon.

Gonzalez says preliminary information shows the incident began as a disturbance between two parties in separate vehicles. It may have stemmed from one of the vehicles being stolen, the sheriff adds.

One of the vehicles in the initial altercation then collided into a third vehicle. Two people in the third vehicle were transported to local hospitals in critical condition.

The vehicle that crashed into the third vehicle burst into flames.