Police are at the scene after two police officers were shot outside a Baltimore area shopping center.

BALTIMORE, Md. - Two Baltimore police officers were taken to a local hospital after being shot outside a Baltimore shopping center on Tuesday, according to police.

According to police officials, the officers injuries are not life threatening. The suspect they exchanged gunfire with, identified as 32-year-old Justin Powell of Baltimore, has died, police say.

A preliminary investigation reveals detectives with the Baltimore Police Department, who have not been identified by name and were assigned to the U.S. Marshals’ Capital Area Regional Fugitive Task Force (CARFTF), were looking for a vehicle and suspect wanted in reference to a homicide that occurred in Baltimore City on June 19.

Multiple officers returned fire, striking the suspect. He was transported to an area hospital, where he later died.

The two Baltimore detectives were transported to the University of Maryland Shock Trauma, suffering from gunshot wounds. At this time, the officers are in stable condition. 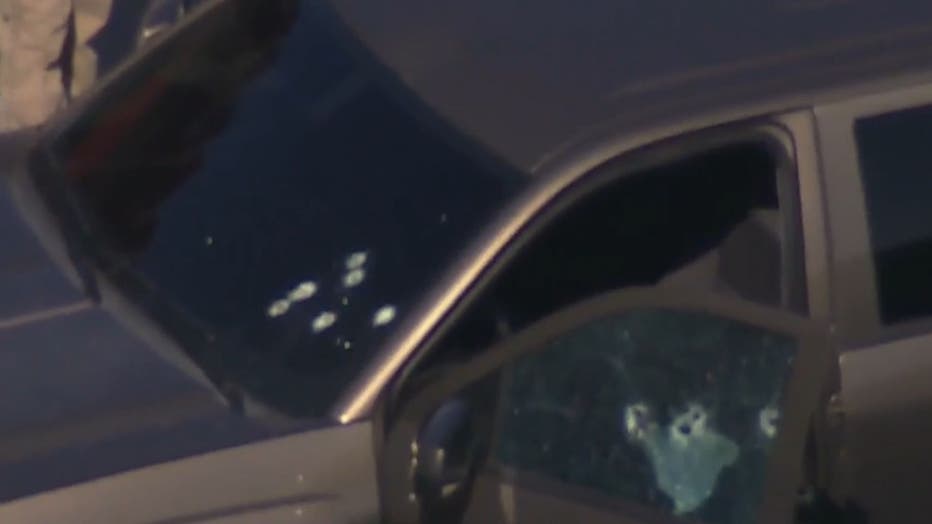