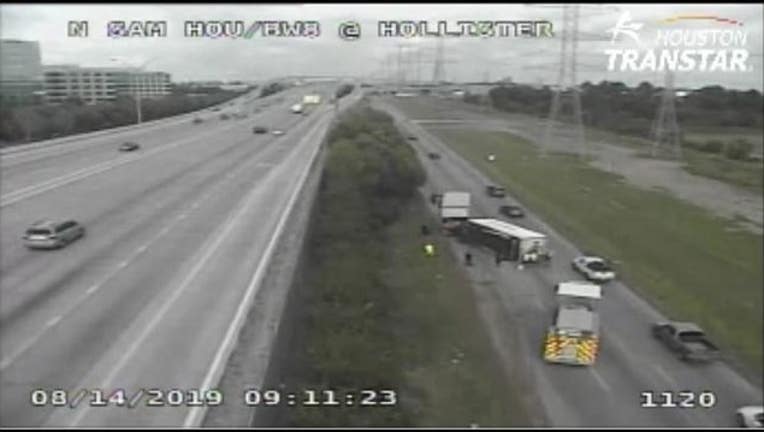 Two people have been taken to the hospital after a crash involving two commercial vehicles in the feeder lanes of the N. Sam Houston Parkway at Hollister.

According to the sheriff's office, two occupants were ejected in the crash. One of the vehicles rolled over.

Heavy-duty wreckers and HAZMAT have been requested at the scene.

Westbound feeder lanes of the Beltway and southbound lanes of Hollister are closed. Motorists are asked to seek an alternate route.