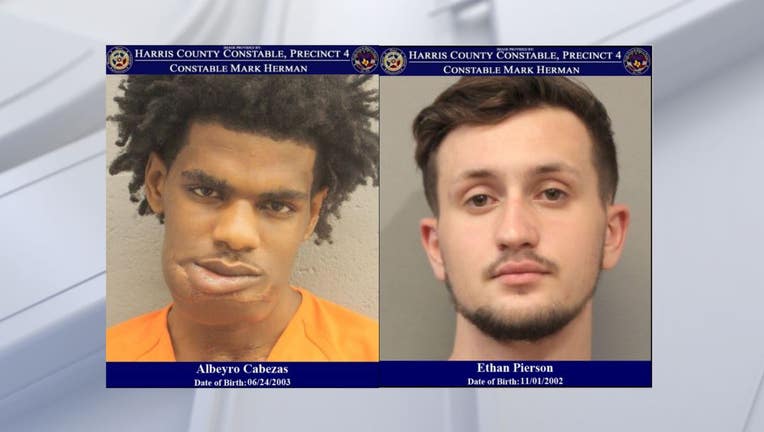 HOUSTON - Two men were arrested after officials said they used a stolen car to try running over a constable deputy near northwest Houston when they were confronted by officers.

Deputies with the Harris County Constable Precinct 4 said they responded to a call on July 15 about a suspicious vehicle at a Whataburger in the 28600 block of Northwest Freeway in Jersey Village.

When they arrived, the officers immediately saw the vehicle and tried to talk with the driver, later identified as Albeyro Cabezas. Authorities said Cabezas suddenly sped toward one of the deputies and tried to hit them, but they moved out of the way in time. 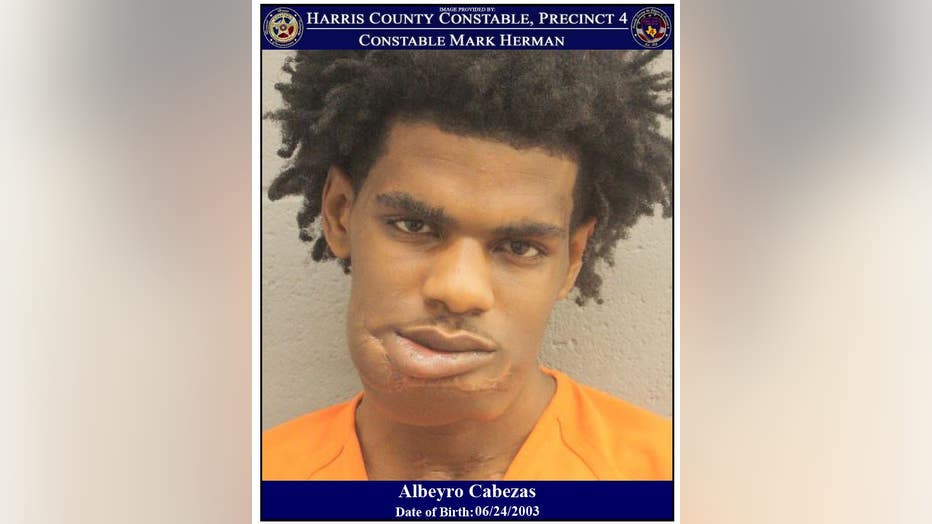 Shortly afterward, a chase ensued until Cabezas lost control of the car and crashed. Cabezas and the passenger, later identified as Ethan Pierson, got out of the vehicle and tried to run. Officials were able to catch up to the two men and detained them.

Investigators also discovered the vehicle was reported stolen to the Houston Police Department.

Another investigation led officers to find out that Cabezas was out on bond for previous charges of Evading in a Motor Vehicle, Unauthorized Use of a Motor Vehicle, and Unlawful Carry of a Weapon.

Constable Mark Herman said Cabezas was charged with Aggravated Assault on a Peace Officer and Evading in a Motor Vehicle while Pierson was charged with Evading. Their court and bond have not been set and as of this writing, remain in Harris County Jail.