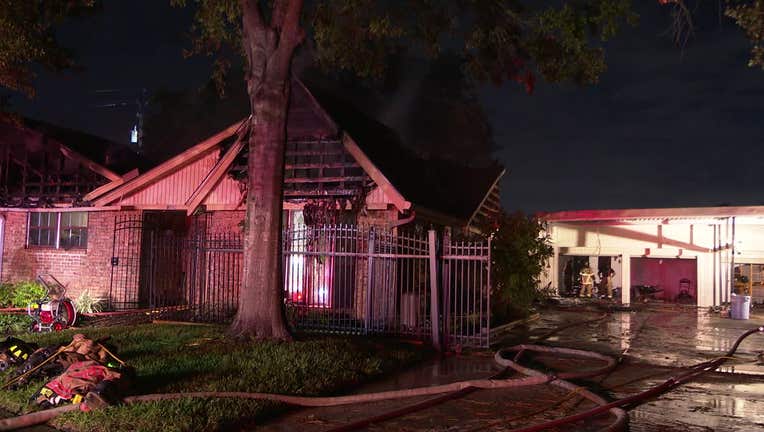 Firefighters battle a large fire at an unoccupied house in southeast Houston.

HOUSTON - Two firefighters were injured while battling a house fire in southeast Houston.

According to the Houston Fire Department, the two firefighters sustained neck and shoulder injuries when part of the interior collapsed.

There was very heavy fire coming from the roof when firefighters arrived at the house on Wynmeadow around 2 a.m. Wednesday. Officials say it took about an hour to get control of the fire.

The home was undergoing remodel and was vacant.

Arson investigators are working to determine the cause and origin of the fire.