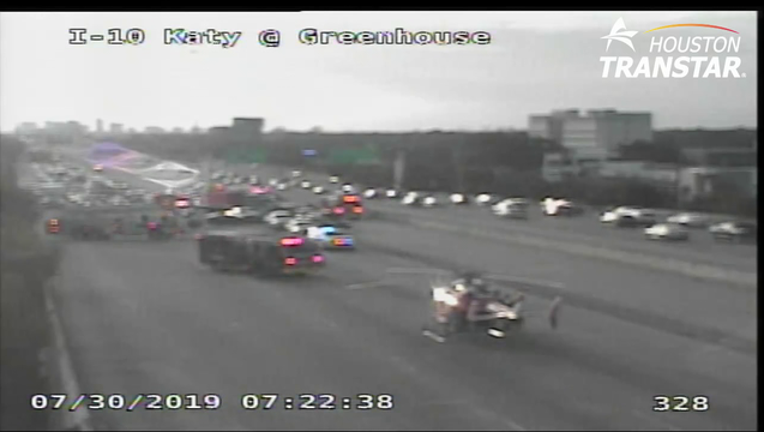 HOUSTON (FOX 26) - Several people, including two children, were taken to the hospital following a major crash on the Katy Freeway.

Authorities say four vehicles were involved in the crash in the westbound lanes of the Katy Freeway near Greenhouse on Tuesday morning.

According to Harris County Precinct 5, two children, ages 3 and 8, where taken to the hospital by Life Flight helicopter. Police say the children suffered life-threatening injuries and are in critical condition.

According to Houston police, the children were passengers in a gray Dodge Ram whose driver failed to control speed and struck a disabled vehicle on the freeway.

Several other people were taken to the hospital by ambulance with minor injuries, officials say.

Westbound lanes of the Katy Freeway were shutdown Tuesday morning, but reopened just before noon.