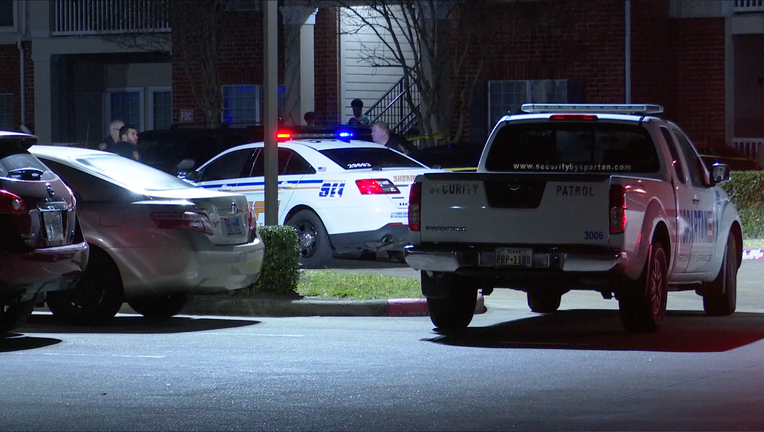 HARRIS COUNTY, Texas - Deputies are looking for the gunman who shot a 19-year-old man multiple times at a southwest Harris County apartment complex.

When deputies arrived, they found the young man in the parking lot of the complex with non-life threatening injuries. He was taken by LifeFlight to a hospital, where he's expected to survive.

Witnesses told investigators they heard multiple gun shots – between nine and 15 – and the gunman got away in a white SUV.

While the victim is being uncooperative with the investigation, deputies are talking with witnesses and looking at video from Ring doorbell cameras and surveillance video.

A resident of the complex says she heard the shooting and came down to see neighbors around the young man, who had been shot in the arm and shoulder. She also says the victim went outside after receiving a phone call.

Harris County authorities say they found three kids abandoned in the apartment and what appears to be skeletal remains of another child.