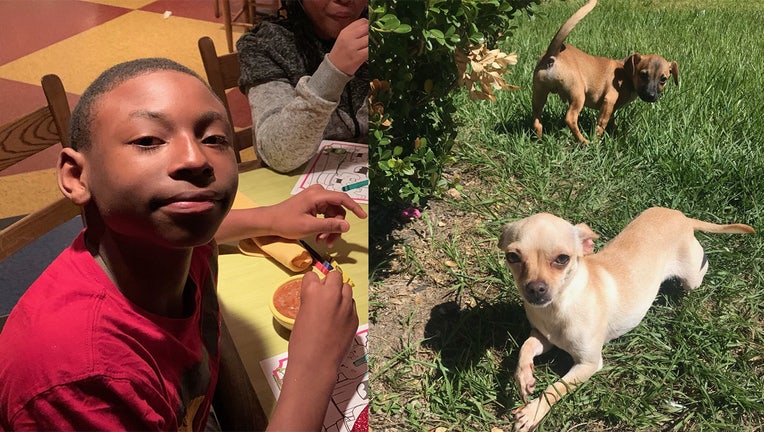 Authorities need your help locating a 12-year-old boy and a dog reported missing on Monday morning.

We’re told Nicholas Williams went missing between 8:30 a.m. and 8:45 a.m. at the Village at Palm Center Apartments, located on the 5100 block of Griggs Road in Houston.

According to family members, Nicholas was woken up by his mother for school and to let his dog, CoCo, outside.

Nicholas and CoCo have both been missing since he’s taken her outside, family members said.

We’re told that Nicholas is unfamiliar with the southwest area of Houston.

Family members said they’ve been searching all day with no clues of his whereabouts.