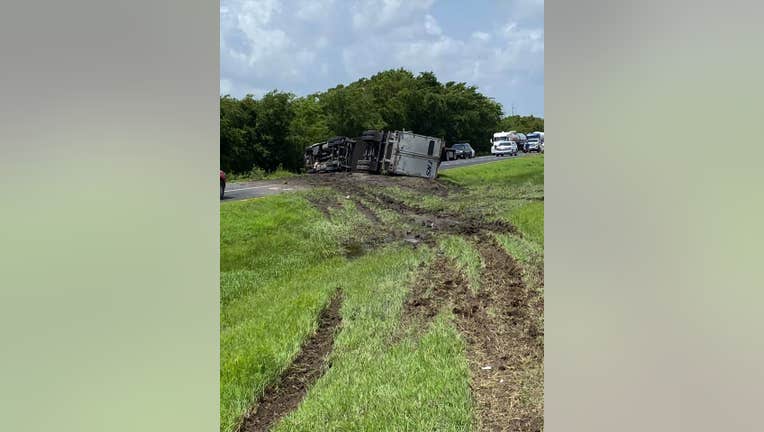 WHARTON COUNTY, Texas - Authorities are investigating some major car crashes in Wharton County, where 10 people were seen running from, one person died and another was airlifted to a hospital Friday.

Details are limited as it's an active scene, but officials in Wharton County confirmed the incident asking people to avoid the area as a result.

This information was also shared by the Wharton Co. Sheriff's Office, one of them happened on US Highway 59 South northbound at the Weigh station near Hungerford.

Meanwhile, the WCSO shared two more posts on social media about accidents that happened on Highway 59 near Prasek's Smoke House. As a result of the accidents, the northbound lanes were closed and only one lane is open for drivers heading southbound.

This is a developing story and FOX 26 will continue to update and monitor as more information becomes available.