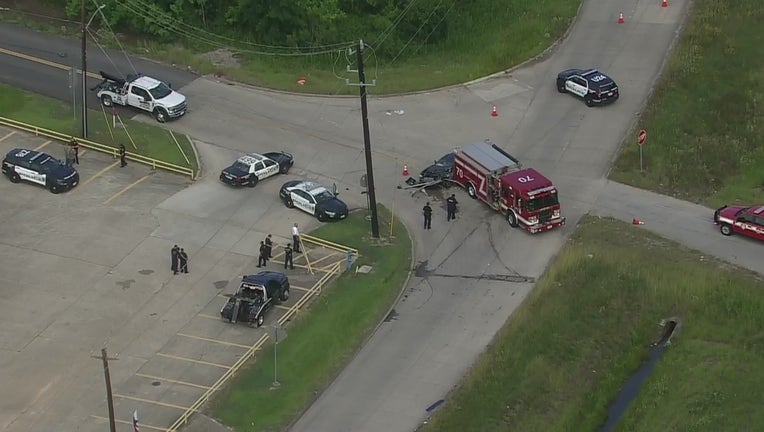 Police responded to a crash involving a fire truck and another vehicle along the Gulf Freeway.

HOUSTON - One person was transported to the hospital after a crash involving a car and a fire truck in southeast Houston, officials say.

According to the Houston Fire Department, a fire engine was blocking the roadway for another wreck when a vehicle struck the fire engine.

No firefighters were injured, but another person was transported to the hospital with minor injuries, according to HFD.