Authorities say a toddler is dead after a cement truck lost control and veered off Beltway 8 near Woodforest in East Harris County.

Details are limited as it's an active scene, but according to Harris County Sheriff Ed Gonzalez, a cement truck was heading southbound on the main lanes of Beltway 8 East at Woodforest a little before 3 p.m. when the driver lost control.

The cement truck overturned onto the southbound feeder and landed on a vehicle with four people inside. Three of the occupants managed to get out, the sheriff said, but one of them, a 22-month-old boy, was confirmed dead at the scene.

Two lanes in the area remain open, according to deputies, and delays are expected.

Deputies confirmed the driver did not show signs of impairment, so it's unclear as of this writing if any charges will be filed. 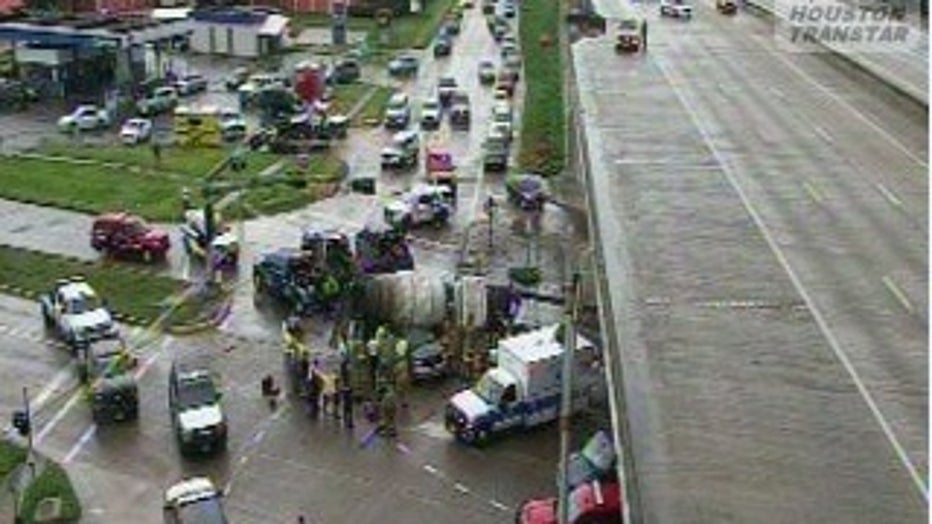