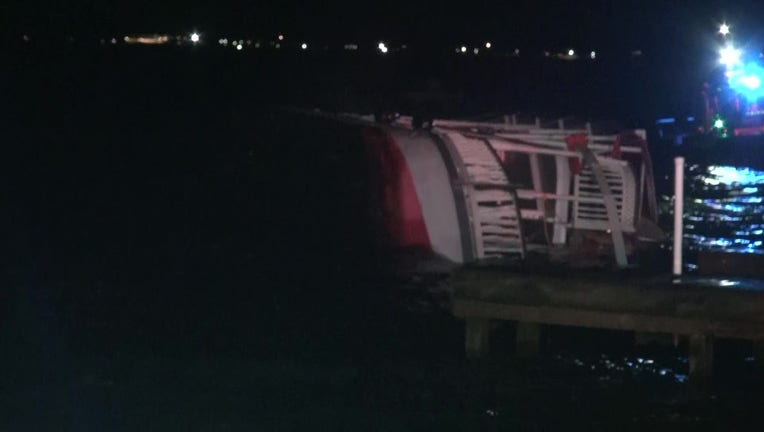 MONTGOMERY, Texas - What began as a party in Lake Conroe turned deadly after reported heavy winds caused a boat with more than 50 people on board caused them to crash, killing at least one person.

"I was extremely scared," said Abhijit Mehta.  "I don’t know how to swim.  The life jacket I was wearing came off.  We hit the water, after that everything was just black."

According to officials, it happened around 8 p.m. Saturday with about 53 or 54 men, women, and small children on board when it was hit by unexpected high winds and five to six-foot waves.

"We were all scared and screaming holding on to part of the boat," said one child rescued from the water. 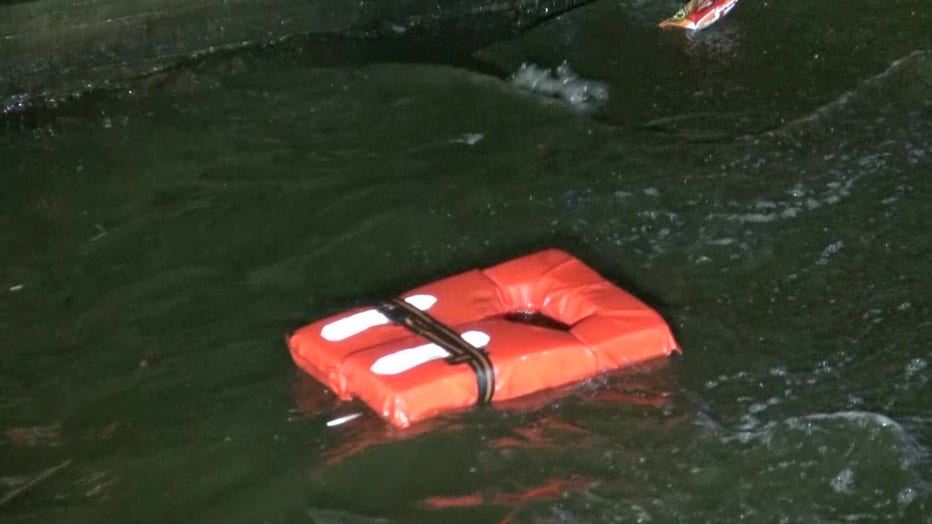 Law enforcement officers say they received several calls about 20-30 people in the water, with some still trapped in the boat.

Nearby residents saw the entire incident unfold, prompting several of them to jump in and help pull people out of the water. We're told many of the ones rescued in the water were children and babies.

"It was a hard thing to witness," said Rafe Taylor.  "Everyone from this complex that had able bodies ran out here to try and help.  We pulled as many people out as fast as we could." 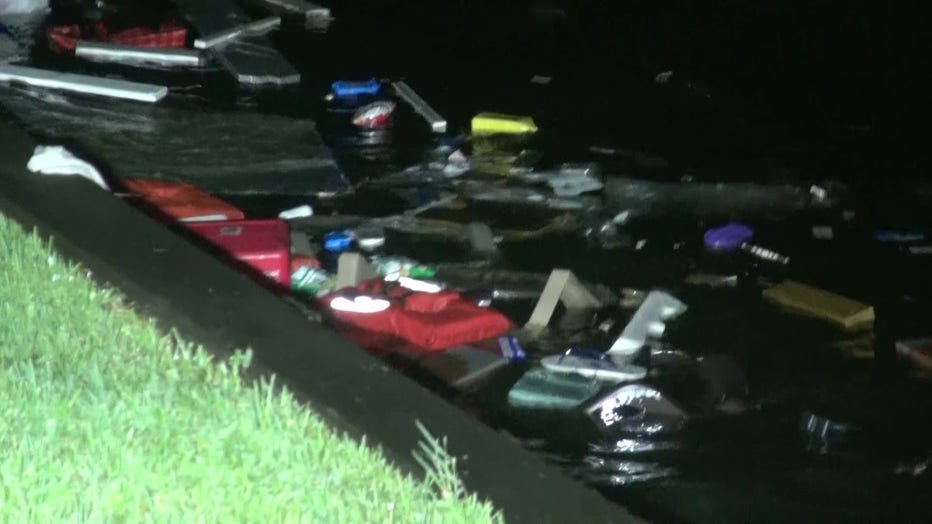 Unfortunately, at least one unidentified man was rushed to the hospital, where he was later pronounced dead. Another woman was taken to a hospital with her husband after she suffered a panic attack.

"I'm thankful for the people who saved me and saved the other people," said a child rescued.

Diesel continued leaking from the capsized boat into Lake Conroe Sunday.  So far, efforts to flip the boat back upright have been unsuccessful.

FOX 26 tried speaking with members of the boat company Sunday afternoon, but they didn't want to provide any comment.

According to Chief Don Fullen with Montgomery County Constable Pct. 1, it was one of the biggest catastrophes have encountered in terms of size but says because the incident was so close to nearby residents, many good Samaritans were able to leap into action and help with rescue efforts before officers arrived.

"Luckily it was really close to shore," Chief Fullen explained. 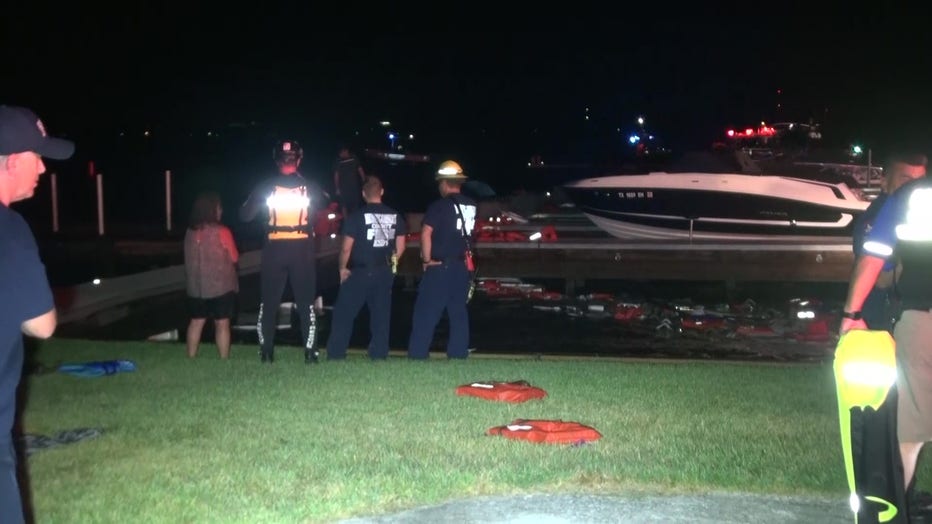