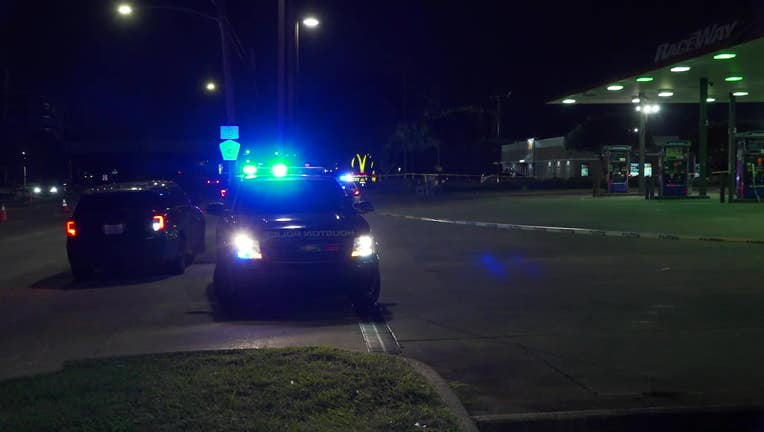 Police investigate a shooting on Bissonnet Street in southwest Houston.

HOUSTON - Police are investigating a shooting at a gas station in southwest Houston that left one man dead and two wounded.

Officers were en route to another call around 1 a.m. Friday when they were flagged down by someone who told them about the shooting.

Police responded to the gas station in the 10400 block of Bissonnet Street and found three men had been shot.

One of the men died at the scene. Police say another man was shot several times and taken to the hospital in critical condition. The third man was said to have been shot in the extremities and is expected to survive.

According to police, it appears the men were standing out in front of the store when the suspect or suspects ambushed them. Police found several rifle rounds next to the side of the building.

There is no description of a suspect or suspects at this time.