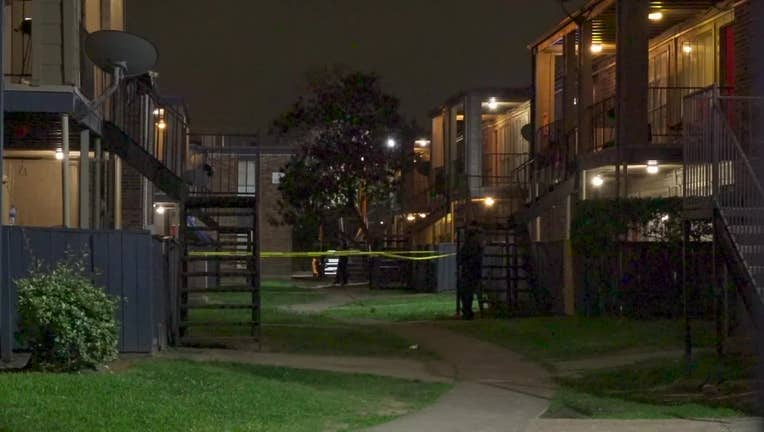 Houston police investigate a shooting in the 10900 block of the Gulf Freeway.

HOUSTON - Houston police are investigating a shooting at an apartment that left one person dead and a teen wounded.

The shooting was reported around 1:30 a.m. Thursday in 10900 block of the Gulf Freeway.

Officers arrived at the scene and found one person dead in the apartment. He is described as being in his late teens or early 20s.

Police say a 15-year-old boy was also wounded and taken to the hospital by private vehicle. He was reportedly grazed in the back of the head and is in surgery.

According to police, they were told that a male wearing a hoodie and a mask came into the apartment and began shooting.

Homicide investigators were on the scene Thursday morning. The investigation is ongoing.