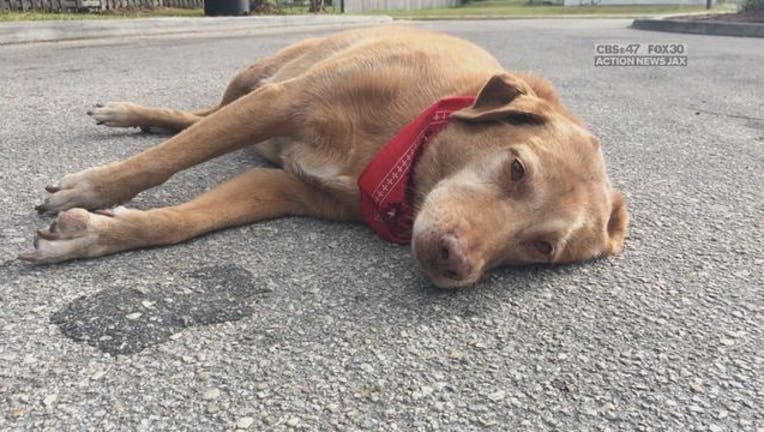 JACKSONVILLE, Fla. (FOX NEWS) - A Florida woman was fatally struck by a big rig truck Friday and for hours afterward her dog remained at the scene, laying down in the road where the accident happened.

Deputies found the victim dead in the street around 6:15 a.m. near a Jacksonville gas station, ActionNewsJax reported. The family identified her as Kelly Black, 42, and told the Fox affiliate she was walking her dog Paco at the time.

Paco, who was uninjured, stayed with Black after she was hit. He remained there, laying in the road with a red bandana around his neck, long after her body had been removed, the station reported.

The station reported that Black’s family took the dog home. The family said the pair were inseparable.