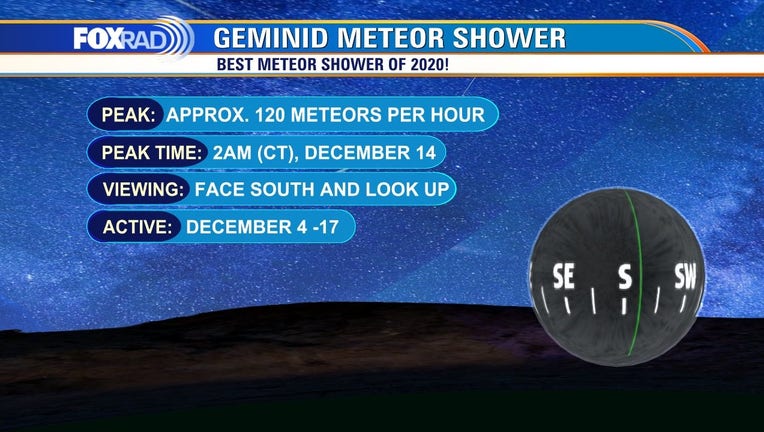 It’s almost time to look to the sky and see what should be the best meteor shower of 2020.

The Geminid meteor shower will include up to a 120 streaking lights each hour. It should peak late Sunday overnight into the early hours Monday.

NASA experts have said the annual meteor shower, which occurs between December 4 through December 17, will likely be even more spectacular this year. There will be a nearly new moon, so skies will be darker allowing the meteors to shine through.

It’s best to move away from city lights to fully appreciate the event.