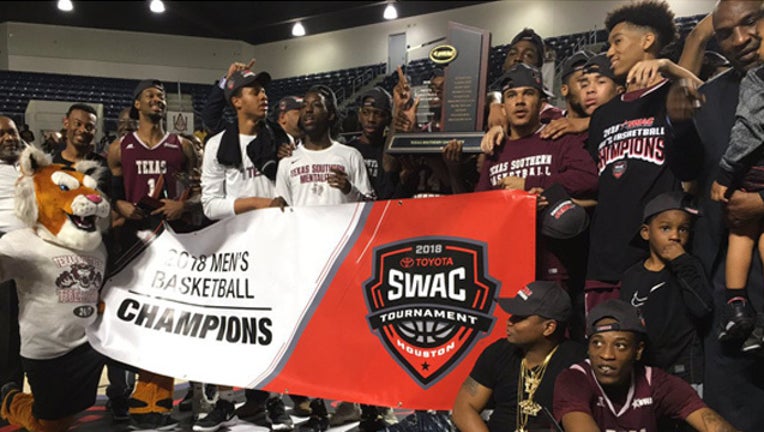 Texas Southern (15-19) earned an automatic bid into the NCAA Tournament for the second-straight season. This is the Tigers' fourth appearance in the last five years.

Last season, Texas Southern was ousted in the first round by eventual national champion North Carolina.

Texas Southern will try and be the first team from the SWAC to win an NCAA Tournament game since Arkansas-Pine Bluff did it in 2010 beating Winthrop in the opening round.

But just like every other time the Golden Lions got close, the Tigers were able to piece together a run to pull away.

The lights out shooting of Jefferson, who was named the SWAC Tournament MVP, at the free-throw line helped seal the win. Jefferson scored six of the final 11 points for the Tigers, all from the charity stripe. Jefferson finished 11-of-11 from the line.

On top of the team struggles, the Golden Lions' star Martaveous McKnight - the SWAC Player and Newcomer of the Year - didn't score a single point during that stretch.

The Golden Lions were able to cut down the Tigers' lead at the half, thanks to the play of Travon Harper, who scored the final eight points of the first half.

Harper finished the first half with a 15 points and the game with a team-high 21 points. Christian Robertson also scored 17 points in the loss.