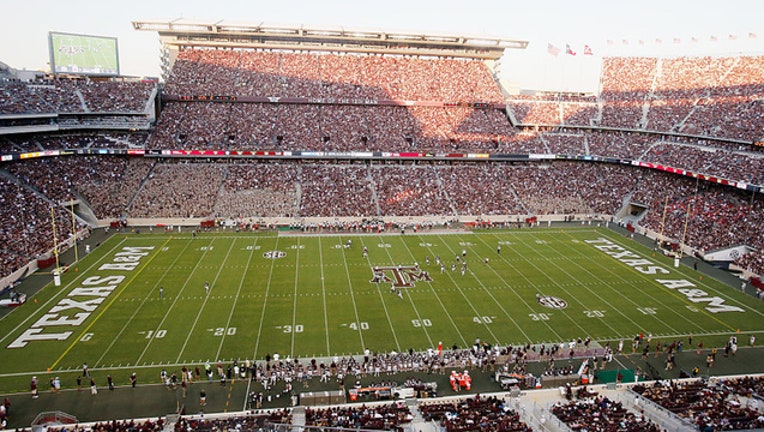 Fans at Texas A&M football games will be able to buy beer and wine at Kyle Field this season.

University officials announced Thursday that alcoholic beverages would be available for purchase in all parts of the stadium. The move comes nearly two weeks after the SEC allowed the sale of alcohol at games.

“This is another way we are enhancing the amenities at Kyle Field,” Interim Director of Athletics R.C. Slocum said. “We are extending the availability of alcohol beyond the premium areas which have had this option for many years. Fans, 21 and older, will have the option to purchase alcohol, regardless of seating area.”

Texas A&M and other SEC schools have been allowed to have alcohol in club or suite areas before this season. Fans at Kyle Field will be allowed to purchase alcohol until the end of the third quarter from concession stands.

Officials in College Station said the alcohol sales will be evaluated before potentially expanding to other on-campus venues that host Aggie sporting events.

The SEC made the change on alcohol sales in an effort to open up new revenue streams for conference members. It also hopes that making alcohol available in the stadium will curb binge drinking during pregame tailgates.

Texas A&M is late to the party when it comes to in-stadium alcohol sales, though, compared to other universities in Texas. Locally, SMU and North Texas have sold beer and wine for several years. Other schools that also allow alcohol sales include the University of Texas at Austin, Houston, Rice, Texas State and UTEP.