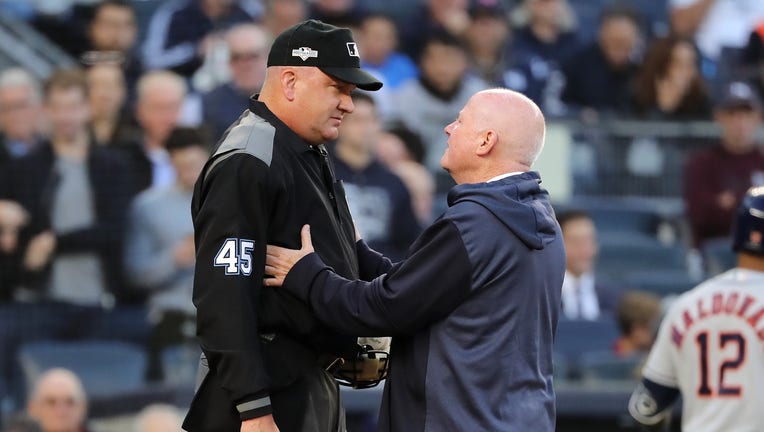 NEW YORK, NEW YORK - OCTOBER 15: New York Yankees trainer Steve Donahue checks on umpire Jeff Nelson after Nelson was hit by the ball in game three of the American League Championship Series between the Houston Astros and the New York Yankees at Yank

NEW YORK - Major League Umpire Jeff Nelson will no longer be participating in the ALCS after a concussion in Game 3, and is being replaced by Mike Everitt.

During the top of the fourth inning in Game 3, Nelson was struck in the mask by a foul tip by Astros catcher Martin Maldonado. Nelson remained on the field until the end of the inning, when he was examined and replaced behind the plate by Kerwin Danley.

The game experienced a short delay while the change occurred.