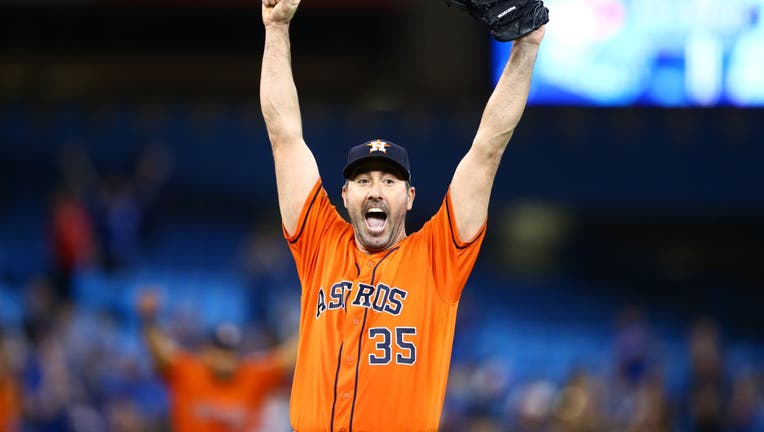 TORONTO, ON - SEPTEMBER 01: Justin Verlander #35 of the Houston Astros reacts after throwing a no hitter at the end of the ninth inning during a MLB game against the Toronto Blue Jays at Rogers Centre on September 01, 2019 in Toronto, Canada. (Photo

HOUSTON - According to a Major League Baseball source, the Astros reached a contract agreement with free-agent pitcher Justin Verlander on a one-year deal worth $25 million.

The agreement also includes a player option for a second year.

Justin’s brother, Ben, initially broke the news on Twitter that Justin is staying in Houston.

Verlander, who turned down the Astros qualifying offer of $18.4 million, returns to the Astros as he bounces back from Tommy John Surgery.

Last Tuesday, Astros owner Jim Crane said the Astros liked what they saw when Verlander threw for MLB teams in Florida the day before.

"He looked good," Crane said last week. "He’s in shape. He was throwing well. We gave him the qualifying offer this week. If he turns that down he’s gonna test the market. We certainly haven’t ruled out trying to sign him to a deal beyond the qualifying offer."

And the Astros did just that.