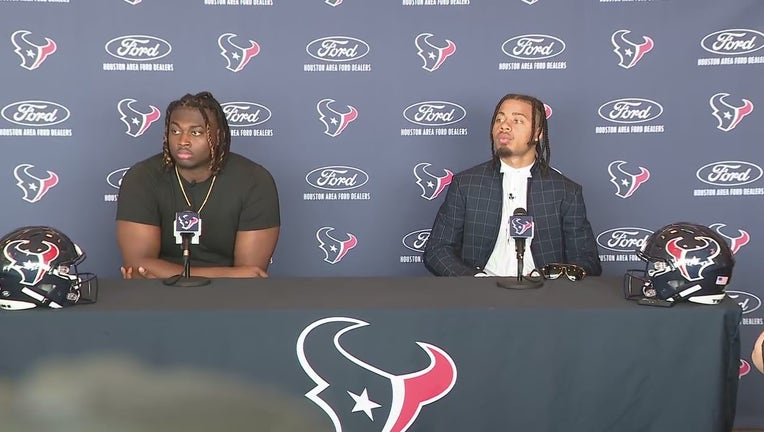 Houston Texans introduce Derek Stingley Jr. and Kenyon Green after picking them in the first round of the NFL draft on Thursday, April 29, 2022.

The Texans had the 13th pick, which they received from Cleveland in the Deshaun Watson trade, but shipped it to Philadelphia in exchange for the 15th pick and three lower-round selections. 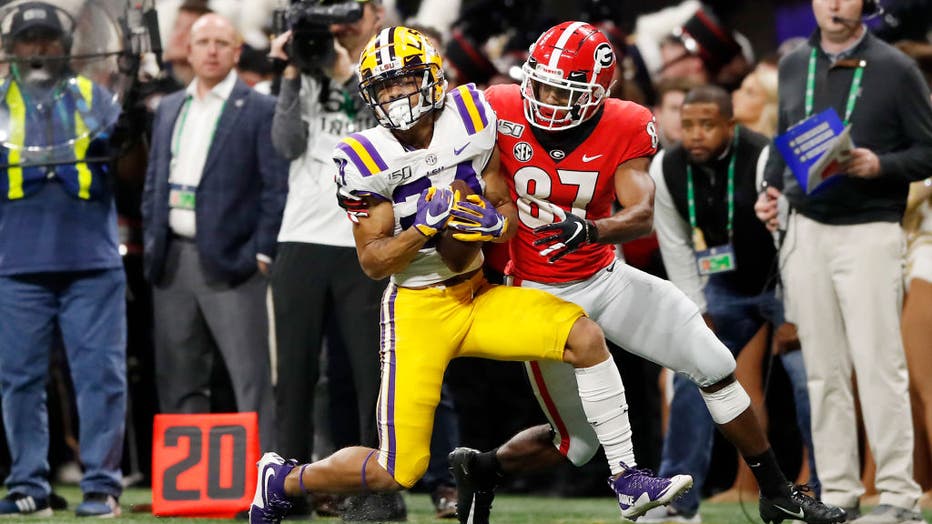 Derek Stingley Jr. #24 of the LSU Tigers intercepts a pass in the first half against the Georgia Bulldogs during the SEC Championship game at Mercedes-Benz Stadium on December 7, 2019 in Atlanta, Georgia. (Photo by Todd Kirkland/Getty Images)

Stingley had six interceptions and broke up 15 passes as a freshman in 2019 to earn All-America honors, but has played just 10 games in the last two seasons because of injuries. He played just three games last season before having foot surgery.

Green earned All-America honors in 2020 and 2021 after getting freshman All-America honors in 2019. He started at both guard spots and both tackle spots in 2021. The 6-foot-4, 323-pound Green was the only player in the Bowl Subdivision to log 80 plays or more at four different offensive line positions last season and helped the Aggies average six yards a play.

Green started every game in his three seasons with the Aggies and played all five positions on the offensive line. 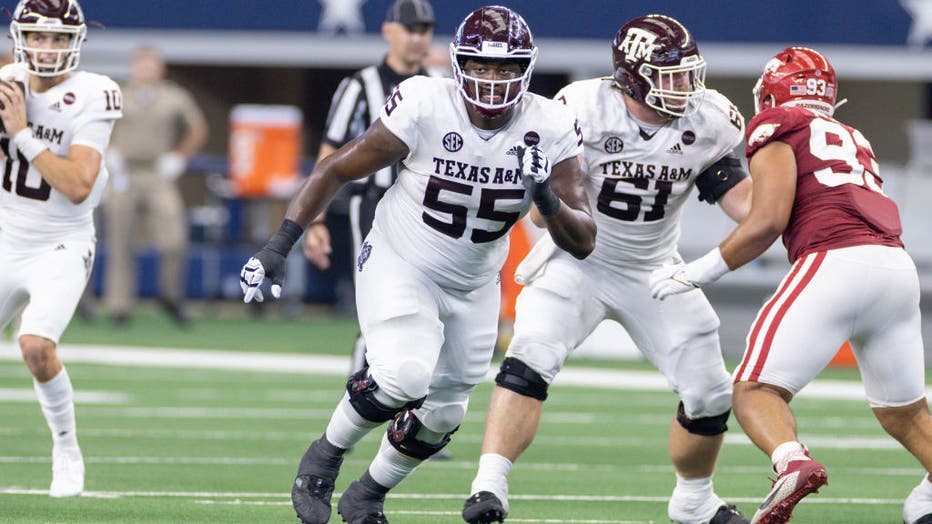 It’s the first time since 2019 that the Texans have had picks in the first round. The Texans didn’t have a first-rounder the last two drafts after sending those selections to Miami in the 2019 trade that brought left tackle Laremy Tunsil to Houston.

It is the second time in franchise history and the first since 2004 they’ve had two first-round picks.