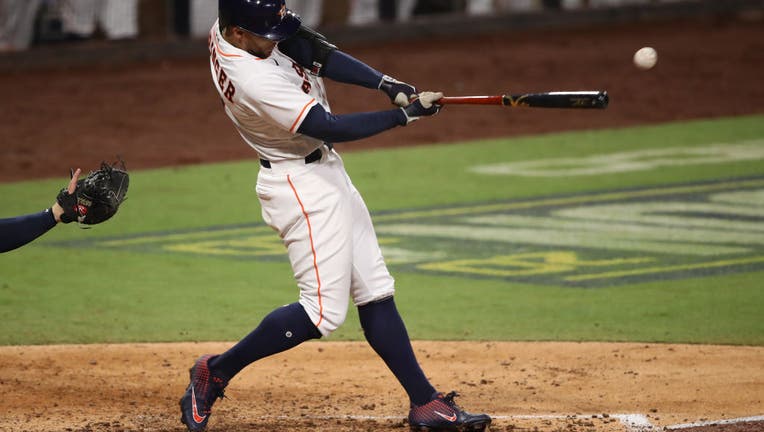 SAN DIEGO, CALIFORNIA - OCTOBER 14: George Springer #4 of the Houston Astros hits a single against the Tampa Bay Rays during the seventh inning in Game Four of the American League Championship Series at PETCO Park on October 14, 2020 in San Diego, Ca

SAN DIEGO - The Houston Astros dodged elimination on Wednesday night in Game 4 of the American League Championship Series against the Tampa Bay Rays.

Game 4, which was a must-win for the Astros to remain in the playoffs, saw the Astros win by a final score of 4-3.

The Astros scoring started when Jose Altuve knocked a one-run homer in the bottom of the first inning at Petco Park in San Diego.

Then in the third inning, Altuve doubled on a fly ball into right field scoring Martin Maldonado.

In the bottom of the fifth inning, George Springer knocked a two-run homer to left field.

Advertising: Enter the NLCS Challenge contest on the FOX Super 6 app for free and you can win the $25,000 jackpot! Download now!