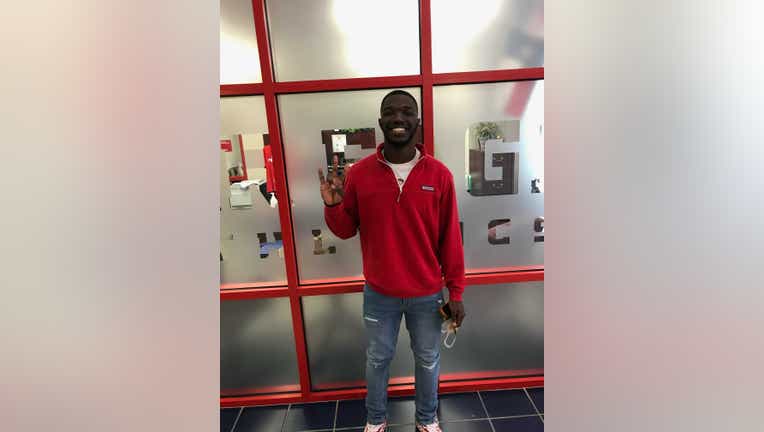 HOUSTON - One of the highest-ranked unsigned running backs in the nation in the 2021 class, Alton McCaskill from Oak Ridge High School in Conroe, announced Thursday he has chosen to play for the University of Houston and actually signed his National Letter of Intent with UH last month.

McCaskill is ranked as the 21st-best running back in the nation by 247 Sports and only four above him are unsigned.

He told FOX 26 Sports he chose UH over "USC and Oklahoma State."

And before McCaskill cut his list to three schools, he said he had also been considering offers from Alabama, UCLA, Virginia Tech, Florida State, Vanderbilt and Kansas State.

"I made my decision to continue my academic and athletic career at the University of Houston because I feel like Houston has everything I want in a college," McCaskill said.

"I have great love for the city of Houston. I love Houston."

While McCaskill said UH head coach Dana Holgorsen and running backs coach Marquel Blackwell have both built terrific relationships with him, he pointed to Corby Meekins, UH’s tight ends/inside receivers coach as the key to his decision to commit to Houston.

"It was definitely Coach Meekins," McCaskill said. "He’s a super-genuine guy. He always shot things to me straight. Never sugar-coated anything. He never pressured me. He made me feel like he genuinely cared about me and my family, more than just me as a player.

"I made a great connection with the coaches there, Coach Meekins, Coach Holgorsen and Coach Blackwell. They’ve all been super great. They’ve all seemed very genuine. Those are things I was looking for in a college."

McCaskill said he is thrilled to have made this life-altering decision.

This past season McCaskill missed two games due to injuries, but still ran for 1519 yards and 14 touchdowns, averaging 7.49 yards on 203 carries.

He also caught 13 passes for 227 yards and four touchdowns.

McCaskill said he patterns his game after a fellow Texan who is in the Pro Football Hall of Fame.

"A lot of people say I run like Eric Dickerson," McCaskill said. "When you would watch him score touchdowns, he was untouched. It looked like he didn’t have to work for it, but he definitely was.

"His speed and his strides were so long." 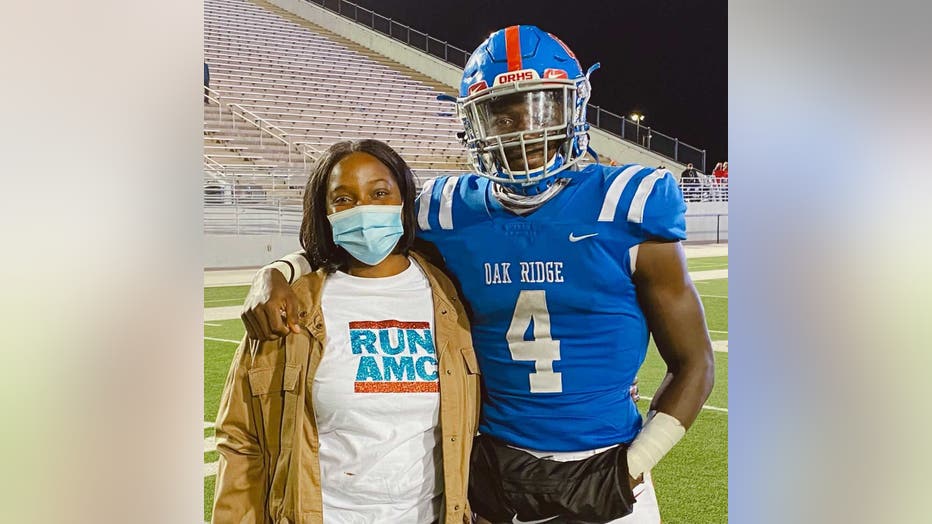 When it was all said and done the University of Houston was one of 32 schools who offered him a scholarship.

His mother is getting her wish and she said the Cougars and their fans will quickly learn what her son is all about.

"He’s going to be legendary," Monica Cox said. "Definitely one that’s gonna go down in the history books as one of their legends.

"Definitely going to represent the University and the city of Houston with prestige, character, humbleness and respectfulness, on and off the field and he’s gonna make them proud."