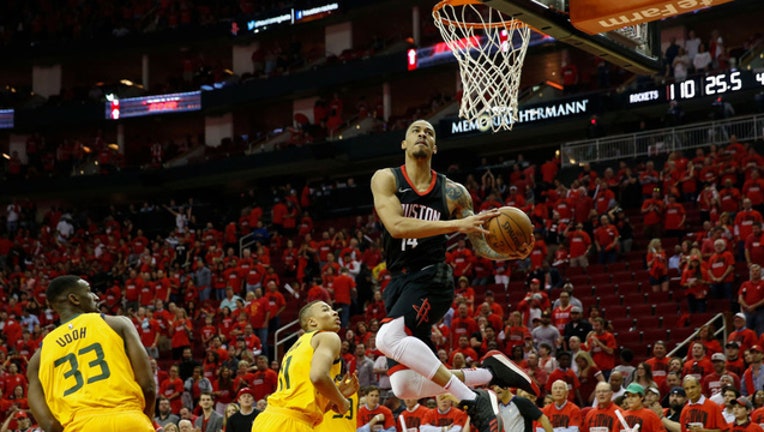 Gerald Green #14 of the Houston Rockets goes up for a shot defended by Dante Exum #11 and Ekpe Udoh #33 of the Utah Jazz during Game One of the Western Conference Semifinals at Toyota Center on April 29, 2018. (Photo by Tim Warner/Getty Images)

HOUSTON (FOX 26) - Houstonian Gerald Green will return to the Rockets with a one-year contract at the veteran’s minimum according to NBA sources.

Last season Green played in 41 games for the Rockets, starting two, and averaged 12.1 points (3rd-best of his career) and 3.2 rebounds.

During the postseason Green averaged 6.3 points and 2.9 rebounds.