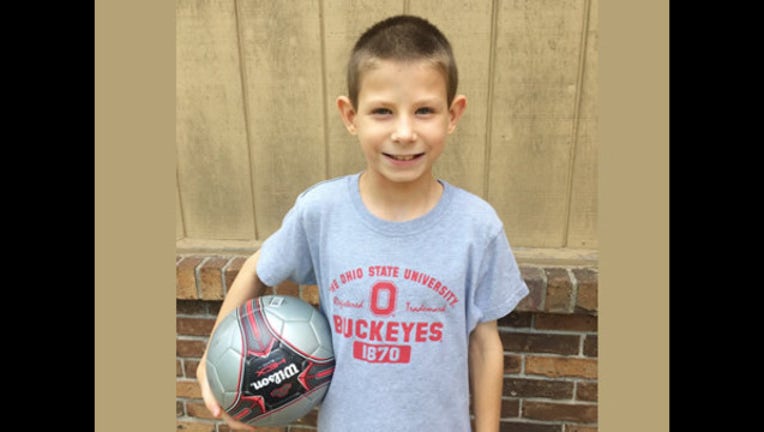 (WJBK) - Ivan Applin had great news. The 10-year-old was learning about the surgery he was getting to help repair a hole in his heart. But, he had just one small concern. You see, Ivan is a huge Ohio State fan, and he was getting the surgery done at University of Michigan’s C.S. Mott Children’s Hospital.

“He asked if the Michigan doctors were going to make his heart love University of Michigan instead of Ohio State,” his mother Jennifer laughs, telling the U of M Health Blog. Ivan's surgeon reassured him the love in his heart would not be changing, but that the procedure would help him enjoy his favorite activities, like soccer, for many more years to come.

Ivan’s heart had several holes starting from birth that grew larger as he got older, resulting in too much blood flowing to his lungs and enlarging his heart, the blog post says.

The fourth grader was adopted from Russia five years ago, and currently lives in Toledo. He is, though, among the first patients in Michigan to get this procedure.

The procedure implements a newly-FDA-approved device to repair a heart defect known as atrial septal defect. Children born with this condition have a hole in their heart that interferes with proper blood flow to their organs.

Ivan recovered nicely, and was walking around and eating later that same day. He got to go home to his brothers and sisters the next morning. One of his siblings, Yana, was also adopted from the same Russian orphanage as him. The Applins also have four biological children.

While his surgery went successful and is over, Ivan still has one more concern.

“He keeps asking me to take out the calendar and show him the exact day his recovery period is officially over so he can stop resting,” Jennifer tells the blog. “He wants to make sure it’s in time for his first soccer practice.”

SOURCE: Read more about Ivan, his family and his procedure at the U-M Health Blog