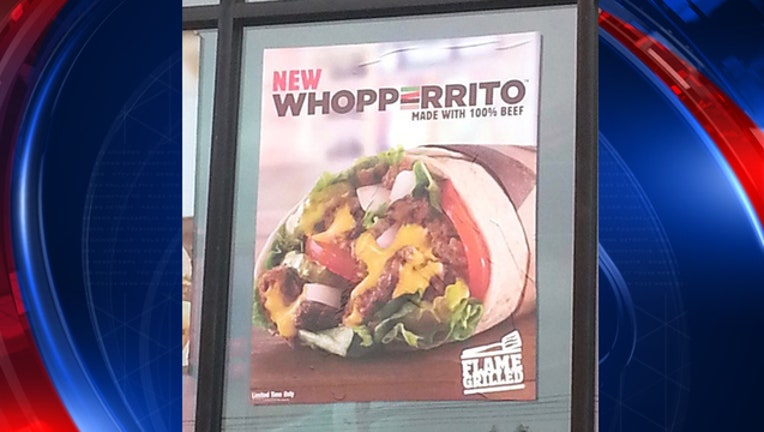 Thought the Whopper Dog was Burger King’s only spin-off of its famous burger?

According to GrubGrade, a Burger King in Hermitage, Pa. is selling a Whopper burrito, called the Whopperito.

The Whopperito contains all the features of the Whopper – cheese, beef, tomatoes, lettuce, mayonnaise, pickles, onions and ketchup – but wrapped in a tortilla.

With the high number of quality Mexican food-serving establishments in Texas, BK’s innovative creation –especially the ketchup – may offend Texans in particular.

For now, it appears BK’s latest gut-busting concoction isn’t permanent. A BK spokesperson told Eater that the company has no plans to introduce the Whopperito nationally. A corner of the poster advertising the Whopperito says, “Limited time only.”