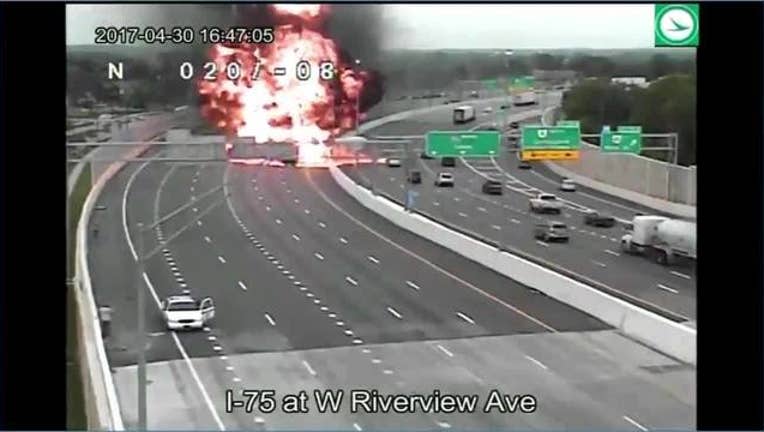 DAYTON, OH - One person died after a highway car crash that triggered an explosion in Dayton, Ohio, on Sunday, April 30. Police told local news the initial report was the crash on I-75 was caused by a wrong-way driver.
I-75 was closed in both directions, though southbound lanes were due to open around 7 pm. It remained unclear how long the northbound lanes would remain closed as the investigation continued.

"We had quite a bit of a scene, large explosions going on right now," said Dayton police Lt. Mark Ponichtera. One witness said, "Then I heard a boom!  It was huge...I felt the heat from it."