CONROE, Texas (FOX 26) - Texas Governor Greg Abbot has declared a state of disaster in 13 counties as the remnants of Imelda moves through the state.

A flash flood emergency has been reported for several greater Houston-area counties Thursday.

Hundreds of people have asked to be rescued from the high waters.

Liberty County Judge Knight has ordered a shelter in place. Conditions are too bad to be on the roadways, hindering first responders.

Officials are reporting numerous water rescues throughout southeastern Texas. Several homes and businesses in Winnie have flooded. A hospital there had to be evacuated because of the high water.

There is also structural flooding in portions of Liberty, Chambers and Montgomery Counties and numerous road closures.

Turn Around, Don't Drown! List of high-water locations to avoid

Around 10 to 20 inches of rainfall has fallen so far with locally higher amounts in Liberty and Chambers Counties. Winnie's rain total appears to be off the charts going above 27 inches.

Additional heavy rainfall is expected throughout the area, and flash flood warnings have been issued for several areas.

Traffic stalled on I-45 in Conroe as the feeder roads flooded near SH105, leaving commuters nowhere to go.

One SUV was even recorded nose down next to a storm drain in the area.

Houston Metro has suspended all services due to heavy rain and flooding.

All HOV lanes have also been closed due to flooding.

Gallery Furniture announced their north freeway location is being used as a shelter. 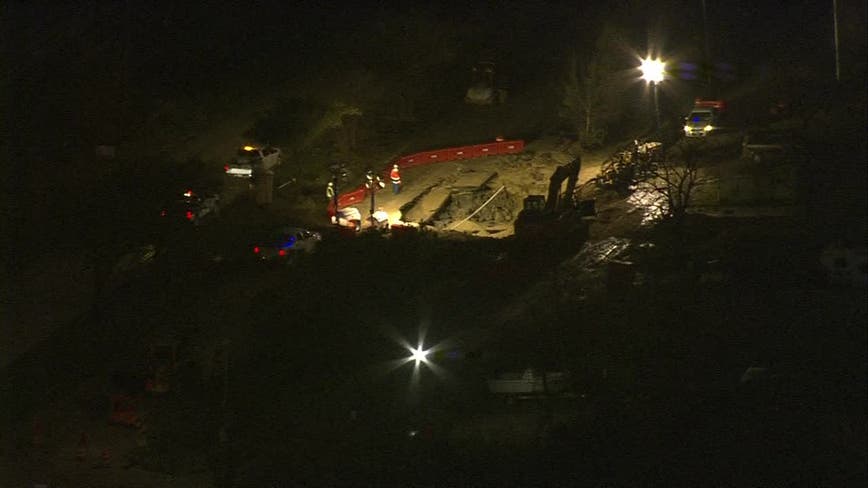