Measuring the economic impact of the World Series in Houston

HOUSTON - Our city is getting a big economic boost from the World Series. Local businesses are seeing more traffic and Astros fan aren’t afraid to shell out big bucks for the ultimate baseball experience.

The Greater Houston Partnership estimates each World Series game brings in $6 to $9 million to the region. If 4 games are played at Minute Maid Park, that could mean more than $24 dollars in economic impact.  The organization says that’s not as much as the estimated $372 million from Super Bowl LI but still affirms Houston’s place as a venue for major sporting events. 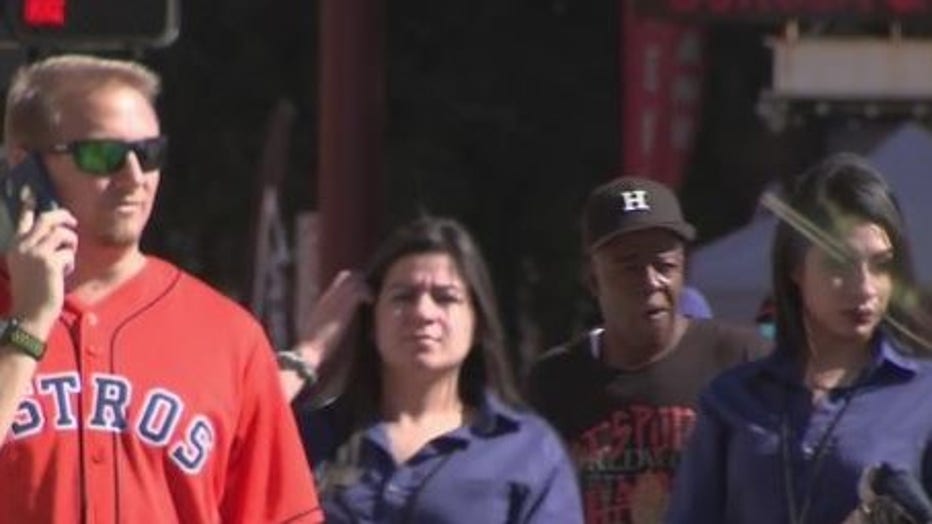 The business that stands to gain the most are restaurants, bars, hotels, airlines, Uber and Lyft drivers, and souvenir vendors.

Some Astros fans on their way to Game 2 at Minute Maid Park admit they’re spending more than they hoped. However, they say, it’s worth it.

“We bought t-shirts, we did pay for the parking, we’re looking for food right now,” said Dale Channanult who was headed to the game with his wife. They’re both on board with justifying the expenses.

“This a bucket list! Never done this before. We’re going to enjoy it!” he added.

As local small businesses, Paris Texas Apparel Co. in West Houston has been on the upswing since postseason but after the Astros ALCS win, sales are booming.

“We’re up about 60 percent online with our Astros stuff and through our store it’s up about 40 percent,” Paul Hotze told FOX 26. Paul owns the store with his wife that primarily sells men’s clothing that nods to Texas including the Astros.

He says their t-shirts inspired by the nostalgic Astrodome scoreboard having been selling fast.

“I grew up going to the Dome and watching Astros games my entire life,” says Paul, recalling his inspiration for the designs.

Their Astro themed guayaberas are also popular along with small gifts like belts, coasters, and flasks.

As for those first-time visitors to Houston, the Greater Houston Partnership says they can’t help but leave with a good impression. The organization added in a statement:

“Events like the World Series help to showcase Houston to an audience that otherwise wouldn’t see or visit the city. This is especially important considering all the negative national media coverage after Harvey and Imelda. Visitors to the city will enjoy blue skies, temperatures in the mid-70s, and typical Houston hospitality.”