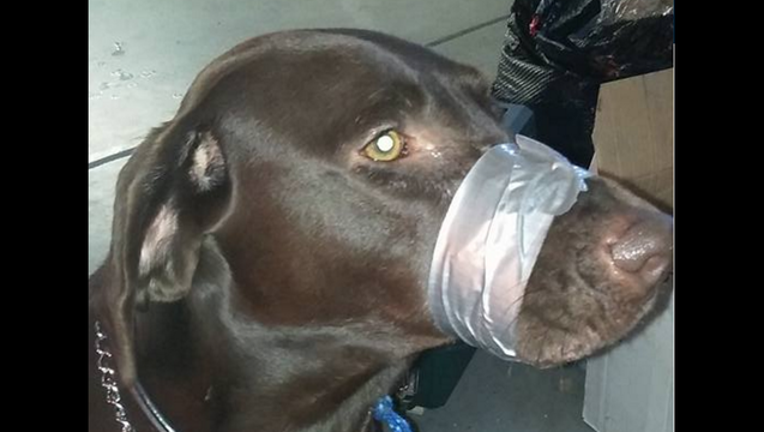 CARY, NC - Police in Cary, North Carolina tracked down a woman who posted a photo of her dog with his mouth taped shut on social media and charged her with animal cruelty.

The photo drew outrage after being posted last Friday and was widely shared on social media. The photo showed the chocolate lab mix with its muzzle duct-taped shut with the caption, “This is what happens when you don’t shut up!!” The post has since been deleted.

Police in South Daytona determined through family members that Lemansky had not lived in South Daytona for a year and a half. Police in Avon, Connecticut were also investigating, but it was determined she no longer lived in that location, and she was tracked to Cary, North Carolina where she was charged.

Police said her dog was in good health, well nourished, microchipped, spayed, and up to date on its shots. There was no sign of injury to the dog's muzzle, so the dog will not be removed, police said.

The charge is a misdemeanor and Lemansky faces a fine and up to 150 days in jail. A court date was set for Dec. 14.

“Taping the dog’s muzzle shut was a terrible decision on Ms. Lemansky’s part, and charging her with animal cruelty under North Carolina law was the right thing to do,” said Cary Police Captain Randall Rhyne.