Mother found shot to death in Spring, suspect on the run

FOX 26 Reporter Natalie Hee has the latest on the investigation after a mother was shot in Spring overnight.

SPRING, Texas - A Spring mother was shot and killed overnight Monday while her five kids were at home. The Harris County Sheriff’s Office has now identified the suspect they are looking for.

Johnny Landry is charged with the murder of Shaterica Anderson, Sheriff Ed Gonzalez said on Tuesday.

An arrest warrant for Landry, 48, has been issued.

Officials say the shooting happened on the 5900 block of Cypresswood Green Drive in Spring. The five children were unharmed.

Family members from both sides were gathered outside the house Monday afternoon. The family said the couple had been together for eight years and were common-law married.

The 28-year-old victim’s family declined to go on camera.

Instead, the accused gunman’s sister, Sandra Landry, is vehemently defending him.

Sandra said the couple had been together since 2013 and have had relationship issues in the past. However, she said her brother loved his wife and their five kids more than anything.

"When he lost his mom, that was like the next thing to him, was her. And that was it. And it was like his world just opened up. I mean when you say love somebody, and a husband that love his wife and his kids, and would go beyond and above for them and make sure -  he made sure."

"I love you and I’m telling you right now, brother, we’re standing behind you. God got you and mama got you," Sandra said. 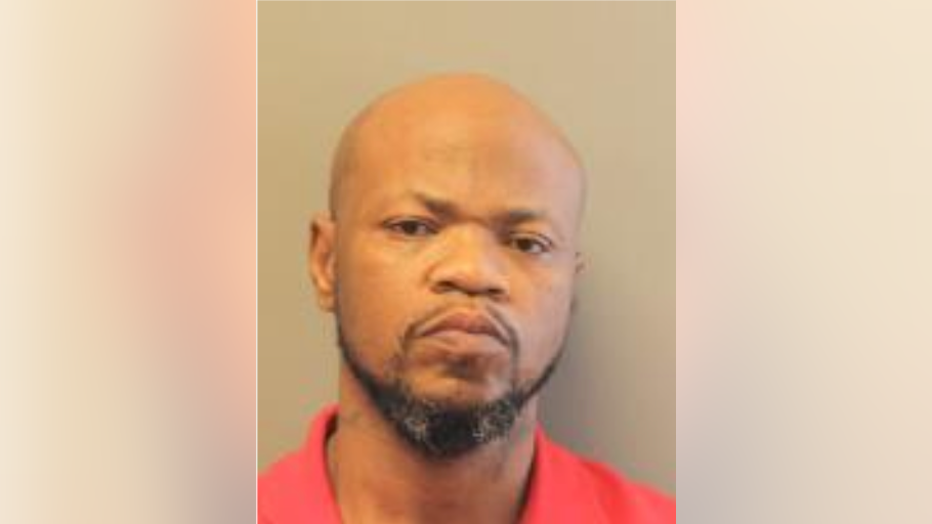 Previous mug shot of Johnny Landry, who is wanted in the death of his common-law wife.

Landry was last known to be driving a silver, four-door, Ford Flex, with the Texas tag: NNV-6613.

According to the Houston Area Women’s Center, domestic violence incidents have risen sharply over the last year and tend to increase during the holiday season as well.

"During the holidays, what happens is that maybe they're more in close proximity, maybe the survivor can feel empowered and so anytime an abuser or perpetrator of violence. It feels like their power is being overtaken or that the victim is no longer susceptible to their abuse tactics, then they will try to continue that control, and often that control leads to death.

"According to statistics, we've seen an increase, I believe it was 80% in this last year of domestic violence cases here in Harris County and Houston," said Isabel Martinez, Director of Violence Prevention at the HAWC.

The Houston Area Women’s Center has a 24/7 hotline for anyone who believes they or someone they know is a victim of domestic violence, please call (713) 528-2121.