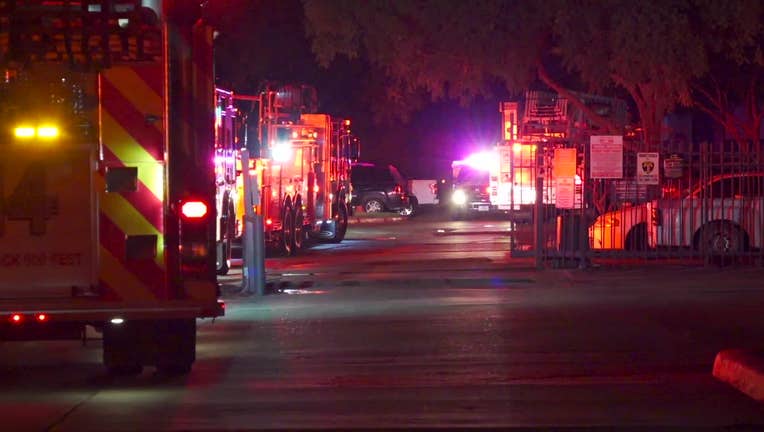 Firefighters responded to a fire in an apartment on Uvalde Road.

HOUSTON - Authorities say a woman and her child were rescued from an apartment fire after the woman’s boyfriend allegedly locked them in a room.

Firefighters responded to an apartment fire with two people trapped around 3:30 a.m. Tuesday in the 200 block of Uvalde.

Officials say firefighters found smoke coming from a unit and two people leaning out of a bedroom window. Firefighters used a ladder to get them both out.

According to Harris County Sheriff Ed Gonzalez, a woman and her two-year-old child were transported to a hospital.

Sheriff Gonzalez says the woman’s boyfriend allegedly locked them in a room and possibly set fire to the apartment. He reportedly then fled the scene.

The Harris County Fire Marshal’s Office says the woman and her son suffered minor smoke inhalation and are expected to make a full recovery. HCFMO investigators have identified a suspect. HCFMO says the HCSO Warrants Division is helping them locate the suspect and a stolen vehicle.