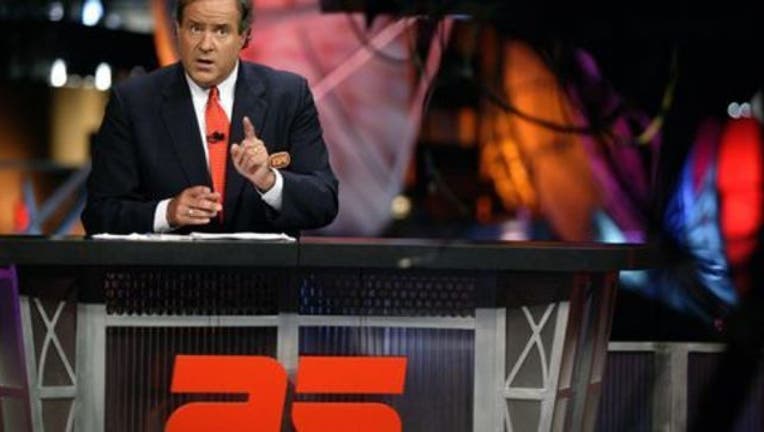 WOODBURY, Conn. (AP) - The wife of longtime ESPN broadcaster Chris Berman has died in a traffic crash in Connecticut.

State police say 67-year-old Katherine Ann Berman, of Cheshire, was one of two victims in the two-vehicle crash at about 2:15 p.m. Tuesday in Woodbury. The other victim was 87-year-old Edward Bertulis, of Waterbury.

ESPN President John Skipper said in a statement the death is a "devastating tragedy and difficult to comprehend" and pledged to give Chris Berman "the love and support he will surely need in this hour."

Police say Kathy Berman's car struck the rear of Bertulis' SUV and both veered off the road. Berman's car went down an embankment and overturned in a body of water.

Bertulis' vehicle struck a utility pole and landed on its roof.

ESPN is based in Bristol, Connecticut.