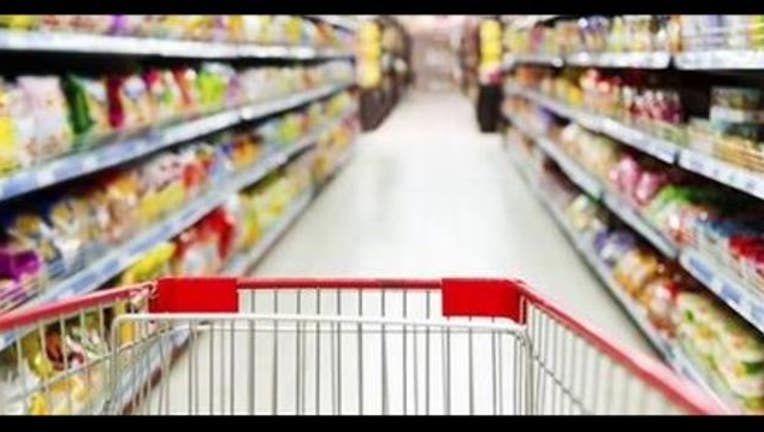 HOUSTON (FOX 26) - MABLETON, Ga. (AP) - A white man has admitted cursing at a pregnant black Georgia lawmaker for taking too many items into a supermarket express lane but denies telling her, "go back where you came from."

Eric Sparkes showed up during a WSB-TV interview with Rep. Erica Thomas of Austell on Saturday, outside the Atlanta-area Publix store where the incident occurred , the station reported .

He denied making any racially charged comment, adding, "I am Cuban."

Thomas confronted Sparkes in front of reporters and said he had "degraded and berated" her. She has told The Associated Press she notified police and will seek store video.

In a tearful Facebook video posted Friday, Thomas said she was in the express line because she is nine months pregnant and cannot stand for long. Thomas' video went viral as the hashtag #IStandwithErica trended on Twitter.

On Saturday, Sparkes told reporters he had cursed at her but did not say anything racial.

Sparkes said he's a Democrat and was being unjustly attacked for political purposes.

Thomas said Friday that she never identified herself to Sparkes as a public official. She said she was so taken aback by his actions that she didn't think to try to record them.

In a statement, Publix has said the company is "cooperating with local law enforcement as they look into the matter."

The incident came days after President Donald Trump tweeted that four congresswomen of color, including U.S. Rep. Ilhan Omar of Minnesota, should go back to the "broken and crime infested" countries they came from.

In her video, Thomas alluded to those attacks and accused the president of inciting hate.

During the television interview, she said Sparkes "needs to be held accountable because people can't just go out and berate pregnant women."