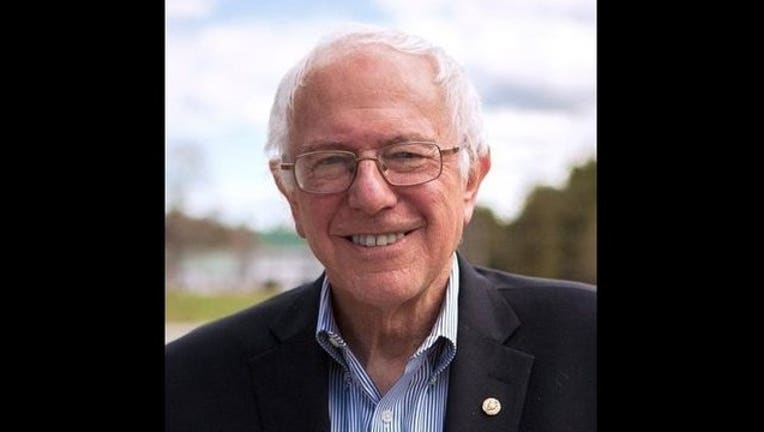 WASHINGTON DC - WASHINGTON (AP) — The most ambitious "repeal and replace" health care plan from a presidential candidate comes from Sen. Bernie Sanders, not from a Republican.

The Vermont independent who's seeking the Democratic nomination has been chastised by front-runner Hillary Rodham Clinton for espousing an all-inclusive, government-run system.

It's called the "single-payer" plan, loosely modeled on how health care is financed in Canada and most of Western Europe.

Basically it means putting almost all the $3.2 trillion-a-year U.S. health care system in the hands of the federal government, with states acting as administrative subcontractors.

Currently, government at all levels pays about half of the nation's health care bill.

Clinton accuses Sanders of wanting to "eliminate" popular programs such Medicare and Medicaid, which cover about one-third of Americans. She also contends Sanders would ditch President Barack Obama's health law.

Actually Sanders would incorporate those programs into the new system, promising that patients would have no gaps in coverage.

What would be eliminated would be things such as insurance premiums, deductibles and copays. In their place would be taxes, something else that few like.

Some things to know about what's being called BernieCare:

DEFINITELY WOULDN'T HAPPEN ON DAY ONE

A Sanders presidency remains a long shot. Even more improbable is his health care proposal sweeping through Congress.

Health insurers and pharmaceutical companies, powerful lobbying groups now at odds over high drug prices, would unite to oppose Sanders' plan. For insurers, survival would be at stake. For drugmakers, the single-payer system means government-set prices, a reality they must endure in other countries.

Business groups would fight the plan's payroll tax, designed to recoup much of what employers now pay for health care, and funnel those dollars into the new system.

Conservatives who howled about Obama's public-private approach to coverage, modeled in part on older GOP proposals, would finally be facing a full government takeover of health care.

Democrats are likely to be divided. Single-payer is an ideal embraced by many liberals. Moderates may prefer to stick with incremental improvements to existing programs.

Sanders is under no illusions. The single-payer bill the senator introduced two years ago has no co-sponsors. If elected, Sanders says he would lead a movement for such a system, but there are no guarantees about how it might turn out.

PROS AND CONS FOR CONSUMERS

Simplicity of use and breadth of coverage would be big draws for consumers.

You could go to the doctor or spend two weeks in the hospital and not worry about getting a bill.

No insurance premiums, deductibles, cost-sharing or copays, even for brand-name medications. Gone would be worries about being penalized for seeing an out-of-network doctor.

But the plan would raise taxes. Among them would be a new 2.2 percent "health care income tax," with higher rates for upper-income earners.

A single-payer system could lead to waiting lists for tests and surgeries not deemed urgent. Not everybody who's nursing back pain may be willing to wait a few weeks for an MRI.

Economic changes, new technologies, and globalization have disrupted many industries. People in the United States have learned to live with fast-paced change, even if they don't like it. But rarely does the government shut down a major industry.

That's basically what would happen to health insurance companies under Sanders' plan. Insurers would be relegated to selling supplemental coverage for services not covered under the single-payer plan.

States could hire them to help administer coverage. But hundreds of thousands of jobs would disappear. Billions of dollars in shareholder equity would evaporate.

Sanders has proposed a transition plan for workers displaced by the conversion to single-payer. That plan, too, would have to be paid for with taxes.

Single-payer advocates say they don't plan to suddenly slam the brakes on spending. With health care accounting for 18 percent of the economy, that would be a shock with wide-reaching consequences. The U.S. still would spend more on health care than any other economically advanced country.

Instead, single-payer would aim to slow the rate of growth in costs by putting hospitals on budgets, negotiating drug prices with pharmaceutical companies and eliminating much of the waste that many experts believe characterizes the U.S. health care system.

Administrative savings would come from doing away with layers of insurance company bureaucracy. Those would be offset somewhat because the government bureaucracy would grow.

It may take some time for any expected savings from a single-payer system to start showing up, especially when the costs of the transition get factored in.

Over the long haul, some experts believe that single-payer gives policymakers more powerful tools to control costs. But that doesn't magically solve the problem. Countries with long-established government-run systems also struggle with their health care spending.

States would have some leeway under Sanders' plan. His office says, for example, that states could determine whether to cover immigrants who are in the country illegally.

But states could not buck the system. Many Republican-led states have refused to enact the Medicaid expansion provided under Obama's health law. Sanders' office says states would not be allowed to opt out of single-payer. The federal government would step in.

As with Medicaid, the federal-state health program for low-income people, states would be expected to cover part of the cost of new system. How much remains to be determined.