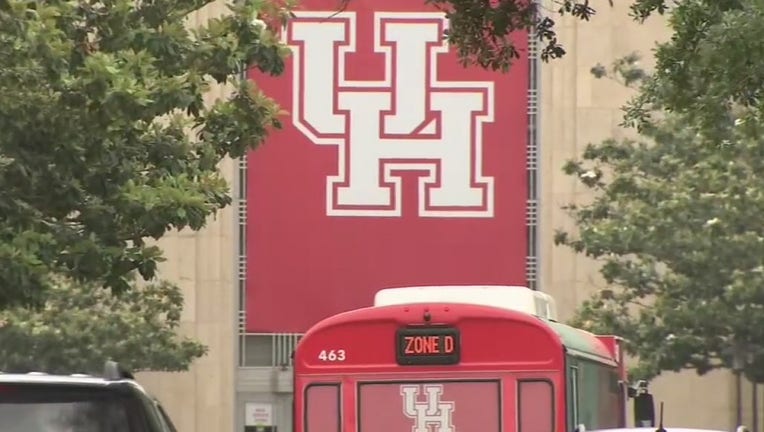 File this one under amazing! One UH player completely sacrificed herself to win a point for her team on Friday night.

In a match against South Dakota, University of Houston player Kate Georgiades put it all out on the line to make a play on a ball drifting out of bounds.

She literally chased the ball down into a table, was able to get the ball back toward the court, and rejoined the play like nothing even happened! They won the point too!!

The University of Houston Women's Volleyball team defeated South Dakota, three sets to two to win in the NCAA Tournament for the first time since 1994.