The Polk County Sheriff’s Office says it received a report from the National Center for Missing and Exploited Children that the KIK Messenger app was used to upload a video depicting child pornography on February 20, 2020. The 20-second video showed a young female (approximately 10-12 years old) performing oral sex on an apparent adult male, according to PCSO.

On Thursday, detectives with the PCSO computer crimes unit served a search warrant at Fitzgerald’s home. Detectives searching his cell phone found a "calculator vault" app, an application that is designed to look like a calculator but can hide saved images. Fitzgerald told a detective that he used the app to store images from an extramarital affair and couldn’t remember the password.

Detectives say a forensic examination on the cell phone led them to find 408 images of child pornography of both boys and girls.

“We saw horrific acts,” said Polk County Sheriff Grady Judd. “Everything from children as young as 10-months-old and that were engaged in some form of illicit, horrible, sexual conduct as a baby all the way up to the early teens.” 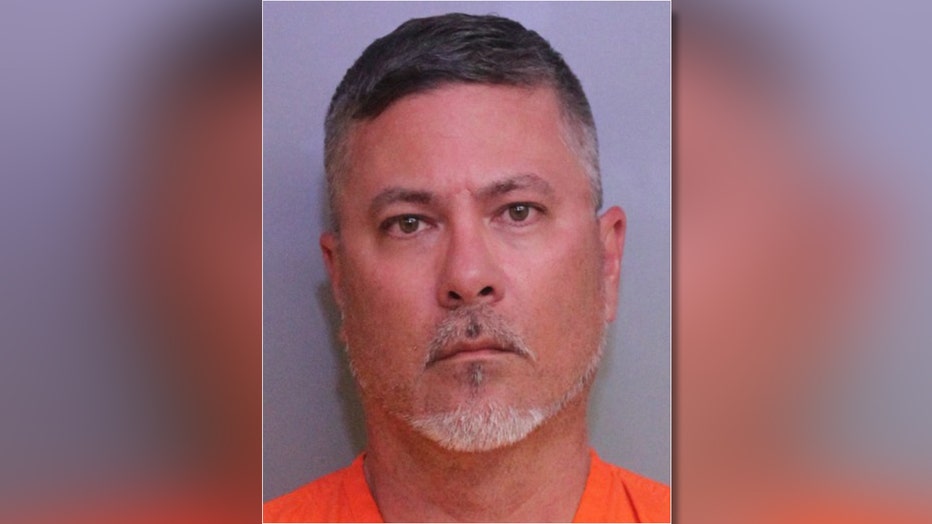 He went on to say that so far there is no evidence that Fitzgerald was a sexual predator in the sense that he carried out illegal acts with children, but that is still under investigation as well because, according to Judd, 85 percent of people caught with child pornography either had or would have illegal sexual relations with a child if they were given the opportunity.

“We will bring this man to justice,” Judd vowed. “Our goal is that he sits in prison for a very long time. Our prayer is that there are no child victims. Our other prayer is that we can identify these children who have already been victimized.”

Fitzgerald worked for the school district since 1988 and also taught previously at Lake Alfred Middle, Stephens Elementary, Bill Duncan Opportunity Center, and George Jenkins High School. The district said it is in the process of terminating Fitzgerald. The district says there is no previous discipline in his file.

In response to the arrest, Superintendent Jacqueline Byrd offers the following statement:

“We are shocked and disgusted by these charges. As educators, we are entrusted with the well-being of our young people every day. It is our sacred duty to set the highest moral example in our schools and our communities. We are cooperating fully with the investigation to ensure justice is served, and we are in the process of terminating this employee.”

Fitzgerald is also the director of youth services at First Methodist Church in Bartow.

In a statement Saturday night, First United Methodist Church said, "We are saddened to learn of the arrest of Shawn Fitzgerald, youth director at First UMC, Bartow. Upon notification of his arrest, he was placed on unpaid administrative leave. We have no knowledge of any inappropriate conduct by Mr. Fitzgerald with anyone associated with First UMC. We have a strict Child and Youth Protection Policy that we continue to enforce. It is our understanding that the police investigation is on-going. Our prayers are will with all involved in this situation."

Fitzgerald is being held on a more than $2 million bond. Judd says there may be additional charges filed.

UPDATES: Get news alerts and updates in the free FOX 13 News app