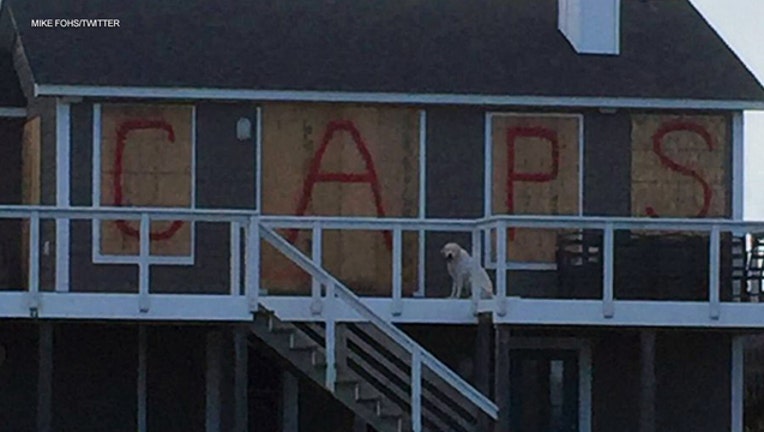 NAGS HEAD, N.C. - Washington Capitals fans in North Carolina boarded their home up with a special message to Hurricane Florence.

Mike Fohs tweeted a photo of his family’s home in South Nags Head, North Carolina with “CAPS” written on the boarded-up windows.

Fohs told FOX 5 his family bought the vacation home about 21 years ago. His father helps run the non-profit Wheels On Deck, which helps those in wheelchairs to go fishing and cruising on a specially-equipped charter boat.

Fohs, who attends Virginia Tech, said his mother and father were both boarding up the home and said, “I always see these Capitals Stanley Cup posts and had to get in on it.”

Florence’s outer bands of wind and rain began lashing the Carolinas on Thursday and forecasters expect it will blow ashore Friday afternoon.

The monster storm is expected to hover along the coast on Saturday before slogging over the Appalachian Mountains. Florence is expected to impact more than 10 million people.