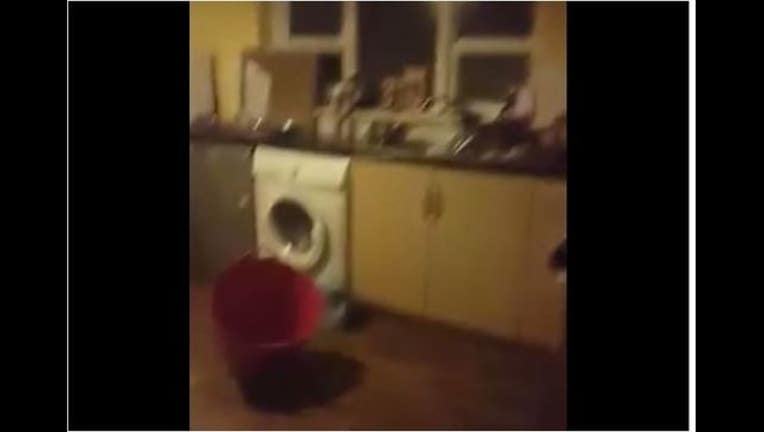 Is it real or fake? A woman in Ireland posted a video of her house that she says is haunted.

In the video, you can see the lights swaying back and forth. Then, without warning, a pan flies from one side of the counter to the other. The bread box opens, and then a second later, the cabinet door flies open.

"Its getting way worse I defo have to move house," writes Ashy Murphy on her Facebook page.

At one point a red bucket slides across the room.

The home is located in Ireland, according to Murphy's Facebook page. Comments on the video show both believers and non-believers, many asking how she can stay there.

Skeptics on the same video posted on YouTube say they can see string in the video at certain spots.

The Facebook video has been shared nearly 200,000 times and has been viewed nearly 10 million times.