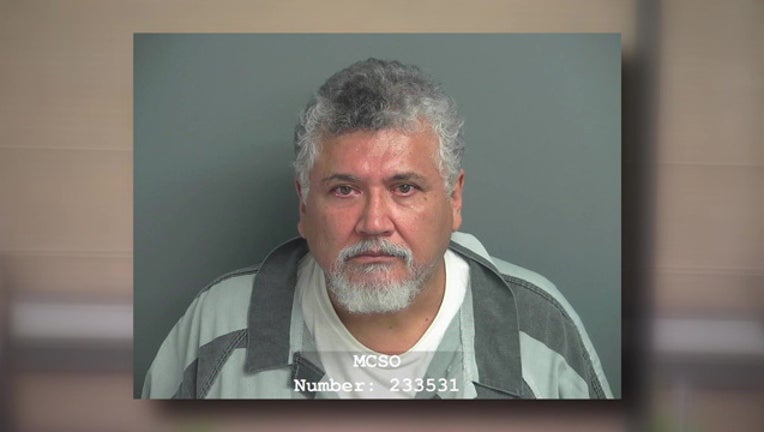 HOUSTON (FOX 26) - HOUSTON (AP) - A victim advocacy group said Friday the indictment of a Houston-area Roman Catholic priest on child indecency charges sends a message that "those who hurt children can and will be held accountable."

Manuel La Rosa-Lopez was indicted Thursday on two of four counts of indecency with a child that had led to his Sept. 1 arrest.

The charges arise from allegations made by a female parishioner about incidents that took place in April 2000 while La Rosa-Lopez was a priest at Sacred Heart Catholic Church in Conroe, located just north of Houston. The accuser, who is now an adult, alleged La Rosa-Lopez was courting her for sex when she was a teenager, brought her to his office after confession and kissed her, then groped her days later.

The two other counts against La Rosa-Lopez are tied to accusations made against him by a male parishioner at Sacred Heart who accuses the priest of making intimate gestures and trying to take his clothes off and put his hands down his pants when he was a minor in 1999.

"This indictment sends the message that those who hurt children can and will be held accountable, even if delayed by the mishandling of allegations by church officials," the group, Survivors Network of those Abused by Priests, or SNAP, said in a statement. "We hope that this indictment encourages others in Texas who may have seen, suspected or suffered clergy sex crimes to come forward and make a report to local police and district attorneys."

Tyler Dunman, chief of the special crimes bureau with the Montgomery County District Attorney's Office, said information is still being presented to a grand jury on the other two counts and he expects more indictments "relatively soon."

La Rosa-Lopez's attorney, Wendell Odom, said the indictments were expected and they will now allow him to have access to the information that prosecutors have gathered in the case.

"What this means is now the case really starts," Odom said. "All I really know about the case is what (the press knows) and what my client tells me, which is that no crime has been committed."

The 61-year-old La Rosa-Lopez was the pastor at St. John Fisher Catholic Church in the Houston suburb of Richmond when he was arrested. He is no longer a pastor and has been removed from ministry, but he remains a priest.

Following La Rosa-Lopez's arrest, a third person came forward to authorities to accuse the priest of sexually touching him when he was a teenager. No charges have been filed in that case.

"All the information that we've obtained ... since September of last year, we're presenting that information (to the grand jury), whether it deals with the victims we have or alleged other victims, whatever it might be," Dunman said.

All three individuals who have accused La Rosa-Lopez have said that they had discussed their cases with church officials but felt their accusations were not taken seriously.

The Archdiocese of Galveston-Houston declined to comment on La Rosa-Lopez's indictment.

SNAP said it hopes that Texas lawmakers will consider legislation that would create a "window" for abuse victims to have their cases reviewed despite statutes of limitations.

"This is the best way to get information into the hands of the public that will protect children today and lead to prevention in the future," the group said.