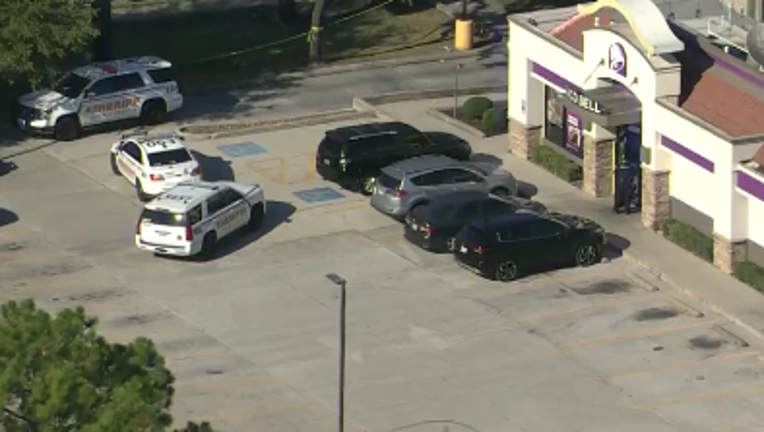 HARRIS COUNTY, Texas - A search is underway for a suspect after a person was shot four times outside a Taco Bell restaurant in northwest Harris County.

The shooting occurred in the 200 block of West Road, just after 3 p.m.

The victim was taken to the hospital and was said to be shot in the right calf, left thigh, right wrist, and right abdomen.

The suspect then fled the scene in a Buick after leaving his shoe and cell phone inside the restaurant.

Authorities said some type of disturbance or argument occurred. However, the exact cause of the shooting remains under investigation.

If you know any information on the suspect, contact the Harris County Sheriff's Office.