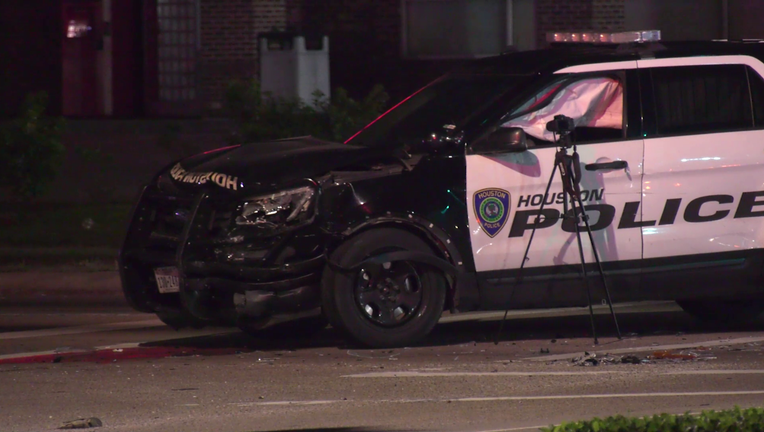 HOUSTON - No injuries were reported after a vehicle crashed into a Houston Police Department unit overnight.

The crash occurred just before 2 a.m. Saturday on the 9400 block of Hammerly Boulevard in Houston.

According to Houston police, a Houston Police Department unit was traveling northbound on Blalock Road and proceeded through a green light.

At the same time, police said a civilian vehicle, with three people inside, was traveling eastbound on Hammerly Boulevard and ran a red light striking the HPD unit.

The investigation into the crash is ongoing.