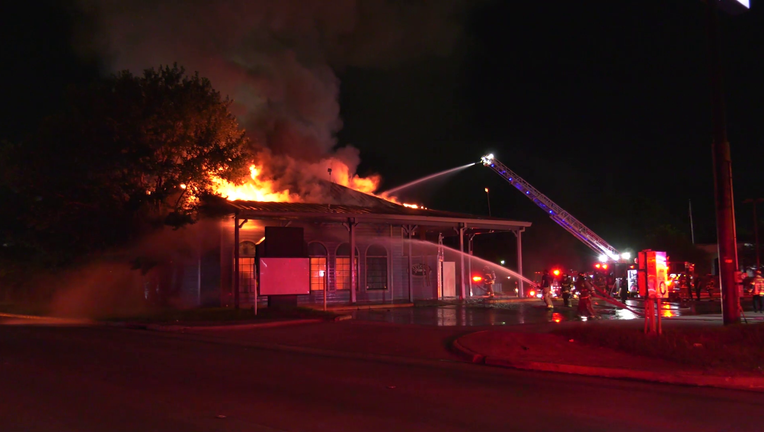 ALDINE, Texas - An investigation is now underway after a vacant restaurant went up in flames early Saturday morning in Aldine, officials said.

According to officials, the fire sparked up in the 12300 block of North Freeway at Vent Sports Lounge around 4:45 a.m.

Firefighters made an offensive attack and forced entry.

We're told conditions deteriorated with fire coming through the roof and all crews exited the structure to conduct a defensive attack.

Additional HFD units were requested as well as a tanker from the Aldine Fire Department.

Firefighters said the fire was controlled within two hours.