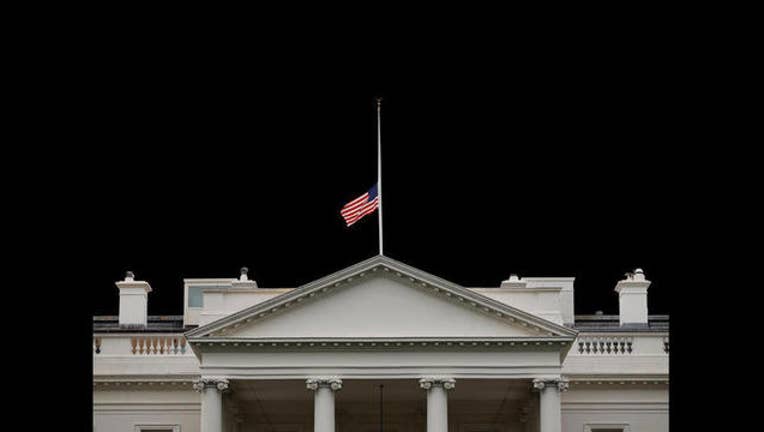 WASHINGTON (AP) — The U.S. flag is being lowered to half-staff at the White House, federal buildings across the country and American military and diplomatic stations around the world as a mark of respect for victims of the Paris attacks.

President Barack Obama ordered the gesture of solidarity with France by proclamation Sunday. The flags will be flown at half-staff until sunset Thursday. Earlier, in the day, House Speaker Paul Ryan ordered flags lowered at the U.S. Capitol.

In his proclamation, Obama says the "terror attacks" were an assault on all of humanity.

He declares that those values will endure beyond the acts of terrorists, and the U.S. and allies, as he put it, "do not give in to fear, nor will we be divided, nor will anyone change our way of life."