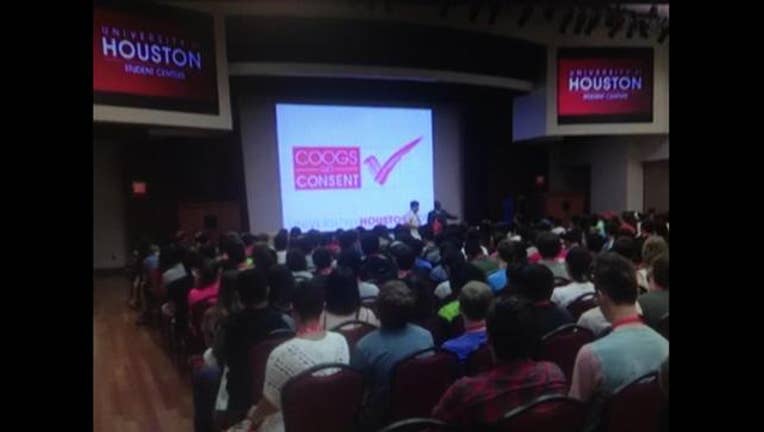 It's a problem that plagues colleges campuses across the nation.

It's estimated that 1 in 4 college women will be a sexual assault victim during her school years.

That's why the University of Houston is pushing their program “Coogs get Consent,” which trains students about relationship boundaries and the idea of consent. The program is now in its third year and seeing results.

“We have seen reports of sexual misconduct, that includes domestic, dating violence, sexual assault and stalking. We've seen them go up, but we believe it's a correlation to his training being offered to students to let them know the university is a place where they can report those issues,” said Richard Baker, the assistant vice-chancellor of University of Houston.

Students say the program is paramount in establishing the university as a safe haven to report assault and violence.

This summer, more than 7,000 new students will join the campus for a total of about 40-thousand enrolled students..

These first few weeks may be some of the most crucial.

According to Crisis Connection, a non-profit that helps victims of sexual assault, college women are the most vulnerable to sexual assault the first few weeks of their freshman and sophomore years.

Students say freshmen can get overwhelmed by new people and new experiences, especially when it comes to alcohol and that with this kind of exciting environment, the consent program comes into play.

“I think when people come to college, they are prone to fall into different types of peer pressure,” said Washington.

“You're pretty much on your own, you live on your own....I guess with that freedom you feel like you can take on the world, make your own decisions, and sometimes other people may feel like they can make  decisions for other people,” said Jamarcus Lacy, a University of Houston junior.

As a part of the federal Campus Sexual Violence Elimination Act, campuses across the nation are required to educate all incoming students about domestic violence and sexual assault.